History of Karakalpakstan and Khorezm

History of Karakalpakstan and Khorezm

Ancient Khorezm state has a unique history of more than 2,500 years. The time of the state formation is unknown, but undoubtedly that it existed already in the 5nd century BC. Now this state is located in modern territory of Karakalpakstan and Khorezm regions.In 4-3 centuries BC Khorezm experienced an economic and cultural revival in terms of expanding and improving irrigation systems, building new cities (Bazar Kala and Janbas Kala fortifications), developing crafts and art.

At the same time, the existence of local dynasty was shown by the excavation results on the site of the sacred palace of Toprak-Kala fortress. Dominant form of religion in Khorezm was a local version of Zoroastrism.

In 712, the Arabs conquered Khorezm state. Kuteiba Arab commander, according to al-Biruni, handed the power to his protégé. By the XIII century greatly increased the influence of the tribal chiefs, and they were invited by Genghis Khan Dynasty to take state power in Khorezm. However, the real authority was concentrated in the hands of Uzbek tribal chiefs with title Atalik.

Further, in XVIII the dominion of the region was established by Kungrad Dynasty, the capital was moved to Khiva and the name of the state was changed to Khiva khanate.

Kungrad Dynasty greatly expanded the irrigation system, resulting in new cities began to appear. The leader of state Muhammad Rahim Khan began to produce own coins. But despite all this, the Khanate was lacking in both human and financial resources. At the same time, the period was marked by great cultural achievements; furthermore Khorezm became the main center of literature in Central Asia. 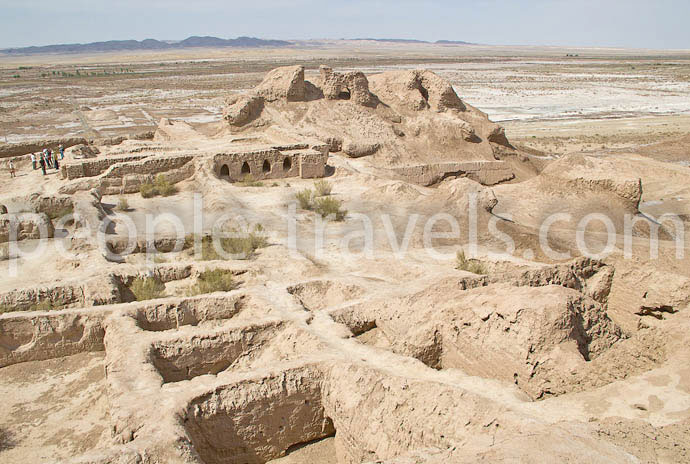 For short term here were created new agricultural areas. Further, the region was annexed by the Russian Empire and in 1887 was created Turkestan province.

After 1936 the region became part of the Uzbek SSR. And in 1991 it was incorporated into the Republic of Uzbekistan as Khorezm region with the center in Urgench. And Karakalpakstan becomes autonomic republic. Ancient Khorezm is sacred ancient land that is considered as the cradle of the civilization of mankind and can proud of many outstanding scholars, scientists and philosophers.