Memorial Complex Sayd Ibn Abu Vakkos is located in the Avlie Gallaaralskiy district of Jizzak region. Memorial is a place of worship for thousands of faithful Muslims. This monument ensemble covers an area of 14 hectares and entire complex is divided into 2 parts.

The first part includes a small lake and a holy spring. The natural beauty of this place is surprising the human eye. A large number of trees have turned the area of the lake in a large green park. On the banks of the lake found a large number of viewing zones from which you can admire the scenery of the place. The lake can be seen floating black fish that are considered as sacred and are listed in the Red Book of the Republic of Uzbekistan. 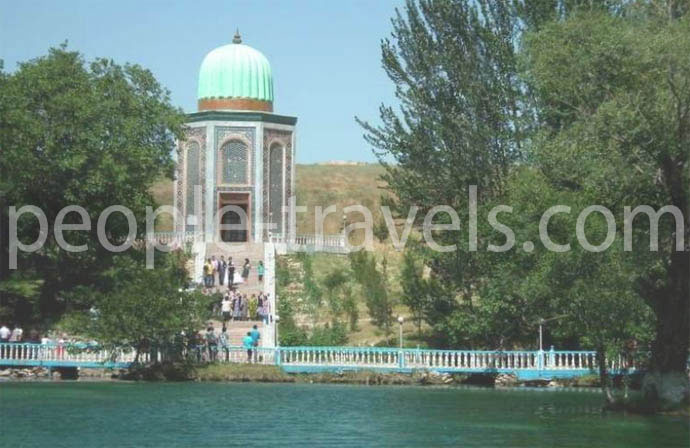 The second part of the memorial complex forms towering over the mausoleum. It is known that Sayd Ibn Abu Vakkos was a resident of Mecca and he was appointed conductor of Hijra Arab troops that Caliph Umar ibn Hattob directed to Iran and Movarounnakhr to conquer these lands.

Currently, the historical and architectural ensemble also includes a museum, which collection includes 2,000 artifacts, room for ritual meals (ehsonhana) and room for the imam of the mosque as well as a small orchard. 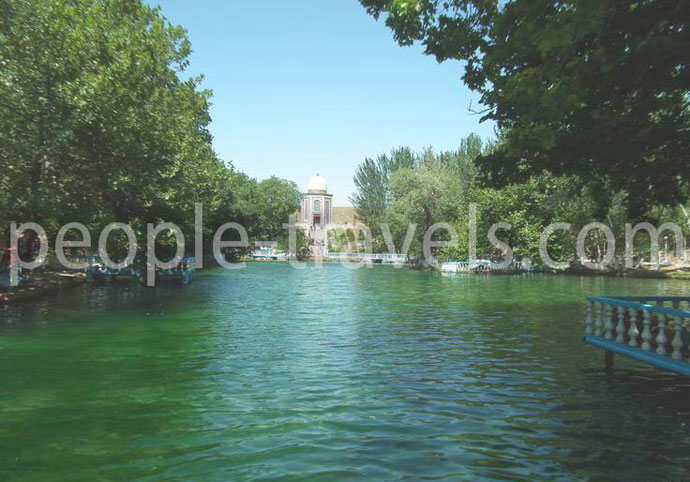 Central facade of the mosque has a high portal with lots of complicated decorative arches and Arabic inscriptions. The dome is mounted on the drum and has majolica turquoise. Inside the mosque all the walls, columns and portals white with carved plaster ornaments.

The mausoleum was built in the early 19th century. Builders of the mausoleum were Jizzak masters such as Komil, usto Kobil, Usto Zuhur and Usto Mirziyoev. The mausoleum is a regular quadrilateral dominated by the turquoise dome.

Currently, this complex attracts hundreds of tourists. A large number of wedding couples visit this place in order to be photographed at the famous architectural complex.