Being one of the largest city of Fergana Valley ancient Pap was located on the southern banks of the Syr Darya.

The first of those appeared in the III century BC. It also called as “The Verge of the Heavenly Mountains” in the book Hudūd al-Ālam (The Limits of The World) the geographical treatise dated 9 BC which describes the margins of Islamic world that are of the greatest historical importance. To this period belongs the message about the invasion of hordes of Chinese invaders to Pap.

Then in the Middle Ages there was a second city in that place. It consisted of a well-fortified citadel, which is adjacent densely populated inner city neighborhoods - Shahristan, surrounded by thick walls. Behind them were suburbs inhabited by artisans.

This city was destroyed in the XIII century hordes of Genghis Khan. Medieval geographers wrote that the ancient city Pap was one of the most economically developed centers of the Fergana. 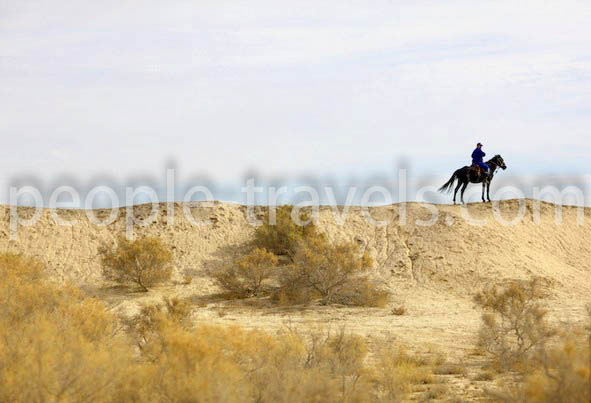 Here was found underground water, which affects the architectural decision of the ancient city. Firstly here had been built an underground tunnel, the interior of which was made out of bricks in the form of durable semi-domes.

At the bottom of the tunnel laid clay pipes with a large diameter. These unusual decisions of ancient architectures give us unique sources for admiration of medieval science.

It should be noted that whole settlement was added to UNESCO World Heritage List as an open-air museum that composes valuable part of the national history and archeology.

This place is attractable for not only its historical uniqueness, but also for the beautiful landscapes and bewitching atmosphere that is incomparable with any other.