Fergana valley is called a unique place in Central Asia, where you can see the sands, mountains and fields. Golden Valley is completely surrounded by the mountains of Tien Shan. And the only way out of the valley - a "Bekabad gate", with width up to 20 m.

Couva is located on site of an ancient caravan route that once linked the several cities of the ancient East. Here once stood caravanserai. The only landmark preserved in an earthquake in 1902 is a miracle - grand madrasah built in the late XIX century that has a length of about 123 square meters.

In 1956, the Soviet archaeological expedition discovered here eighty rooms, five streets, the area, the Buddhist temple of 7-8 centuries with clay statues of Buddha and various Buddhist deities, as well as many household items.

The Arab conquest marked the beginning of Islamization and then Turkization city. In the 10 century Couva described in the Arabic sources and is composed of three parts: the citadel and Shahristan protected by walls with gates and towers, as well as rabad, the ruins of which remain until the present. 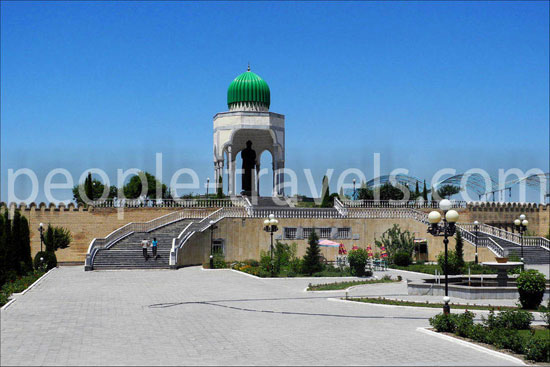 The place where the art of glassmaking was born

In the early Middle Ages Couva was called Cuba and it played a significant role. Here were developed crafts, especially pottery, jewelry, metal processing, it is assumed that this is where the art of glassmaking was born.

Couva is full of blooming gardens and vineyards, famous for unsurpassed taste grenades - Ahmad al-Ferganiy - the founder of the Great universities in Damascus, as well as observatories in other cities of the East and known in Europe under the name Alfraganus.

The town of indelible nature

Couva is a town that can be proud of its nature: mountains, valleys, forests, lakes and rivers – make the reason why it can be called as Central Asian piece of Switzerland.

Discover the incomparable history and splendor of Coua with your guide to spellbinding East Peopletravel and order one of the captivating tours to the heart of Asia. All ancient riddles and mysteries of Couva will not leave you indifferent.