Varaksha. The place where emanates the East

The place where emanates the East

Traveling around Uzbekistan one place will attract you. We are talking about Varakhsha. It is an ancient town. The area of 100 hectares located 40 km west of Bukhara. There are ruins of the citadel with the "corrugated" and the walls of the palace with courtyards, numerous adobe rooms and the front rooms, decorated with paintings and carvings. This remains the houses of IX-X centuries.

On the territory of the ancient settlement was the residence of ruler of Bukhara oasis before in the Arab conquest. In the XI century life freezed in Varakhsha. The reasons for the decline Varakhsha was the lack of water in irrigation systems area.

Varakhsha was an important military outpost on the western edge of the oasis, and was also an important political and cultural center of Bukhara oasis. It was and trade center, at the intersection between Bukhara and Khorezm.

Varakhsha had played an important role in anti-Arab war of the local population, under its walls there were important battles. 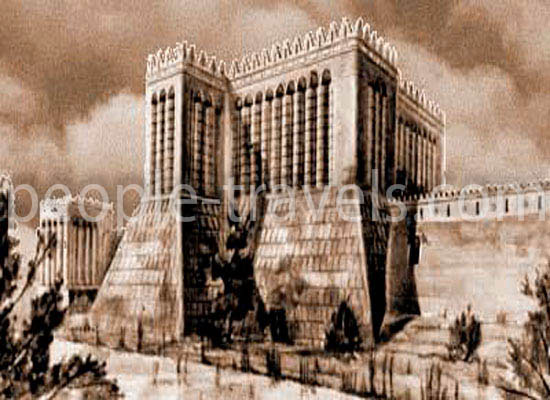 The beautiful palace with legendary beauty

Narshahi (historian of the tenth century) reported Varakhsha as one of the larger villages that did not previously conceded largest city of Bukhara and the founding of the ancient Bukhara. In some books, instead Varakhsha this village called Radzhfandun.

Here was a beautiful palace with legendary beauty, and it was lined up Buhar-Hudatov more than a thousand years ago. Amir Ismail Samani wanted to build the palace's main mosque, but the villagers did not agree to the proposal, citing the fact that the settlement does not require mosque.

In Radzhfaidune or Varakhsha every 15 days, visited a market, and at the end of the year to organize the fair, lasting 20 days. On the 21st day, residents were celebrating the New Year, and this day is called the New Year of farmers. New Year came just in five days. 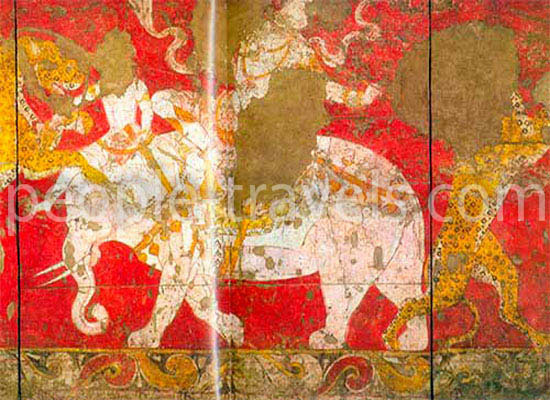 Historical value of the ancient town

Archaeological excavations of Varakhsha began in 1937 and were continued in 1947-1953 by archaeologist Shishkin. The settlement was founded in the ancient period, the heyday of his falls on YII-YIII cent.

And in the XI century, the city was abandoned. During its zenith building was a well-organized structure. To have survived only the ruins of large structures XVI-XVIII centuries.