The ancient Ark fortress in Bukhara

Inimitable in its beauty monument of the past

Bukhara boasts many architectural and archaeological monuments. And the most ancient one is a fortress Ark that is located on an artificial hill high, about 20 meters its size and the square of 4. 2 hectares.

Ark fortress is a colossal citadel that was built in the V century BC in Bukhara. It was used not only as a fortress for its intended purpose, but also as the main residence of the rulers of Bukhara for many centuries.

All the buildings at the Ark refer to XVII-XX and while the Ark served as the seat of the rulers of the city, later the khans and emirs represented here the bureaucratic nobility and military commanders. At the beginning of XX century the Ark lived in up to three thousand people. 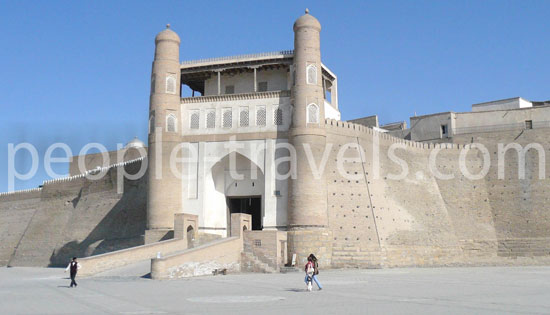 According to the architecture of the Ark it was a closed polygon, where in the top resembled an elongated east-west rectangle. Steep slopes were surrounded it with blocks that later replaced with burnt bricks.

Ancient masonry is best observed place on the exposed northern slope. Here are visible and cultural layers containing the remains of animal bones utensils etc. Ark is surrounded by a fortified wall built during which refers to the last two or three centuries.

Everyone who came to visit this unique monument of the past cannot leave this place indifferent due to the power of mankind of those remote times. It attracts numerous visitors every year with its grandeur and grandeur. 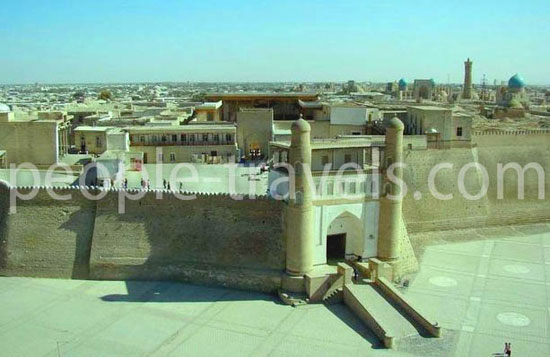 The Ark was rebuilt many times and repaired and now on the northern slope of the wall there is the most vulnerable area.

With this unique panorama of Bukhara every visitor can enjoy the atmosphere of medieval times. Nowadays it is not only inimitable in its beauty ancient monument, here is also located the Ark Regional Museum. To order tour from Peopletravel is the easiest way to visit this place.