Paikend. The mysticism of the ancient Zoroastrian settlement

The mysticism of the ancient Zoroastrian settlement

Paikend is ancient settlement located 60 kilometers south-west of Bukhara and occupies the area about 20 hectares. Large-scale archaeological surveys were carried out in the middle of XX century. And as a result were found many findings that are attractive not only for scientists, but also for tourists. The inner fortress, which was the ruler's palace, occupied dominant position in the city.

It was also found such excavations as temples and government buildings with incomparable architecture. It is believed that the first settlement on the site of the citadel was founded in IV century BC. To the north of the fort was a necropolis with Zoroastrian funerary constructions.

In the suburban area revealed several blocks of buildings, which included dozens of caravanserais.

In the early Middle Ages Paikend was an independent merchant republic and was famous for its wealth. With the advent of Islam, Paikend retained its importance as one of the largest centers of caravan trade on the Silk Road.

And numerous caravanserais were built across the walls of the city, were used in the winter to gather the Muslim fighters for the faith. However, Paykend was gradually turned into a minor craft center. At the beginning of XI century, as a result of changes in the mode of Zarafshan ducts, the city had lost its water and was abandoned by its inhabitants. 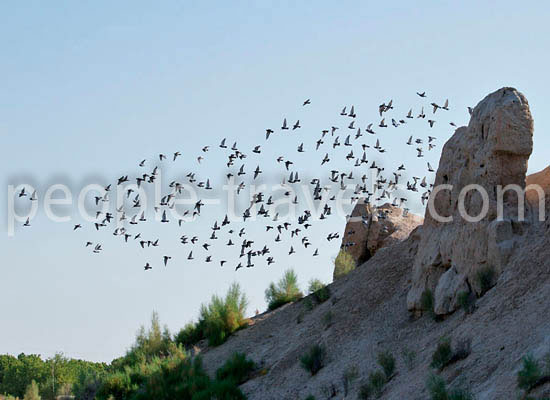 In the Middle Ages the city was considered one of the most flourishing and wealthy cities of the Central Asian Mesopotamia. He was called not only the "city of merchants", but also "mednobronny city", as it was strongly fortified citadel.

Among the archaeological sites of Maverannahr of the IX-X centuries Paikend settlement is known for its pottery, which unusually consisted of large percentage of carved and pressed ceramics. The number of glazed pottery is small in Paikend. This is due to the fact that the lack of front glazed ceramic vessels replenished with stamped and carved ornamentation that imitate expensive metal bowl.

It is noteworthy that the desire to play metal prototype led to the fact that earthen vessels depicted even rivets. In addition to ceramics, there were found many interesting archaeological and architectural monuments of ancient works of art, of weapons and other items of historical value.

In this town was found the hoard of 62 silver coins of Bukhara - imitations Peroz Sassanid King, who ruled until the VII century BC Along with that found silver tetradrachmas III centuries BC, barbaric imitation of coins of Greco-Bactrian King Evtidem. On their face there is a profile of the ruler in the diadem, and on the reverse side - sitting Hercules.

But not only historical sights attract the interest of tourist and travelers, but also the beauty of nature could make an indelible impression for anyone who will visit this incomparable place.

With Peopletravel you have a chance to enjoy the beauty of this bewitching city and beautiful nature. 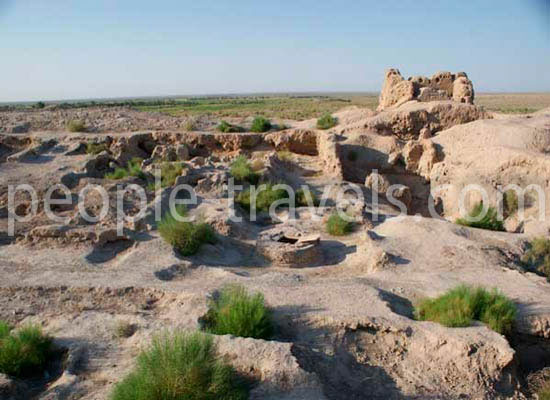