Mausoleum of the Samanids

Mausoleum of the Samanids in Bukhara

The beauty of eastern grandeur

This mausoleum was built in the IX century in Bukhara at the command of Ismail Samani, the founder of the first centralized state in Central Asia. Mausoleum of the Samanids is the first in Central Asia building that was built of brick, which is used here not only as a building, but also as a decorative material. This mausoleum is one of the places because of which Uzbekistan is worth visiting.

Outside and inside tomb walls were stacked with patterned brickwork of the curly -baked bricks. Specialists include more than twenty configurations used bricks. Facades are decorated with patterns made of brick masonry, laid flat on the edge or corner, as well as specially prepared curly bricks forming circles and other geometric shapes. 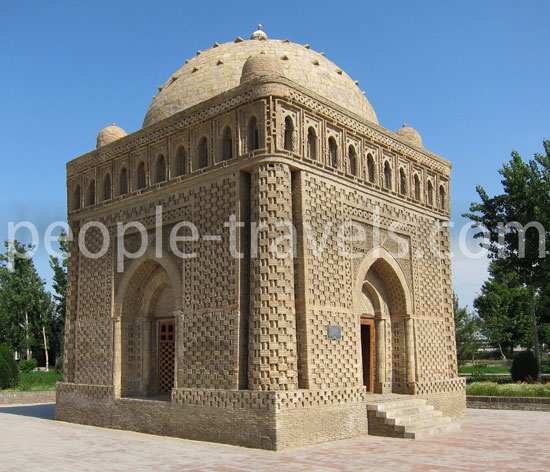 Such a method of walls decoration doesn’t have any other monument of world architecture. Samanid Mausoleum rightly considered as a masterpiece of Central Asian architecture - it has achieved a rare architectonics, because of the unity of design and architectural and artistic sight of the building.

Mausoleum of the Samanids: The masterpiece from Medieval

Despite the fact that the building is not so large, it affects the simplicity and clarity of structure, amazing proportionality and fine harmony of architectural forms and decorations. Square room (with the size of 7,20 to 7,20 meters) with each of the four sides has an entrance marked on the facade of a lancet arch. 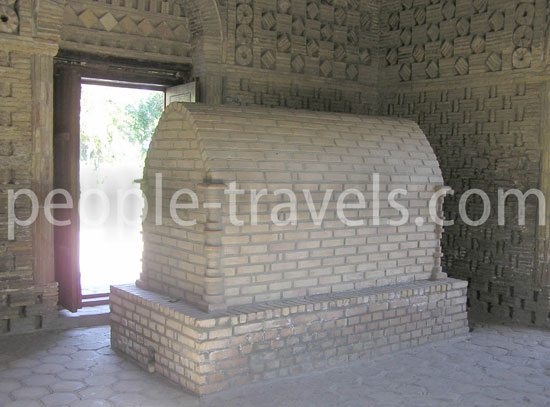 Outside corners of the mausoleum closed three-quarter columns that support the arched gallery, crowned facade, and above all the cuboid building mass hemisphere dome rises.

The architecture of dynastic tombs of Samanids inextricably linked with Sogdian tradition and is a kind of transition to a new style of Central Asian architecture. The origins of its architectural forms experts see in the Zoroastrian funerary buildings and temples of fire, a lot of which is preserved in Uzbekistan.