Numerous architectural monuments of the IX-XV centuries, remained on Uzbek territory, did not only blend with the unique cultural landscape of Central Asia, but became its basic symbols. The monuments are revered as civilized value not only of state, but of world meaning, and have a special piety in the Islamic world.

From ancient times holy places, to which the faithful and inhabitants worshiped, had been in Bukhara . Bukhara among towns of the East is the “dome of Islam” and takes a place of world abode. Bukhara had always been the center of educated theologians of all epochs. Many know the Mausoleum of imam Abu Khafs Kabir. 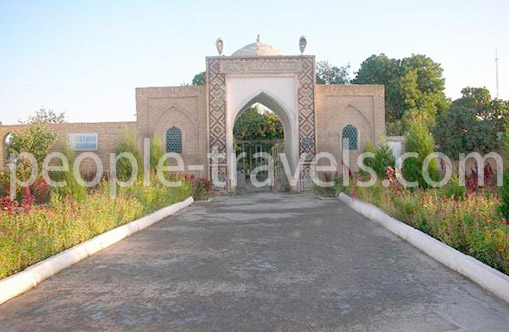 Akhmad ibn Khafs Abu Khafs Kabir Bukhari (767—832) was a founder of khanafit school of fiqh in Mawarannahr (Transoxiana). There are few such famous people of Bukhara as Abu Khafs Kabir. His name, from the beginning of the VIII century has been marked in people’s memory and in written works of historians and theologists. And his tomb for almost 1200 years has been the Muslims’ place of worship. Abu Khafs was buried on the hill, where according to legendary dates, the tomb of Turan tsar Afrosiab was.

Abu Khafs Kabir learned theology in Bagdad. His follower was a well-known scholar – Imam al-Bukhari. Abu Khafs by-turn was considered as a significant theologian of Bukhara of those times. He taught in Kalyan Mosque and was a spiritual prophet of the city.

Today there is no the house of Abu Khafs Kabir, but there are remains of the cell in the house, where the faithful today pray. The tomb of Abu Khafs Kabir is near the gate of the dwelling. People believe that the earth of the tomb is sacred, and the place is called “gate of Khak-ra” (way to the truth).

The Mausoleum of imam Abu Khafs Kabir in Bukhara dates to the XVI century. The area of the mausoleum is 119 square meters. During the XVI—XX centuries near the tomb of Abu Khafs Kabir khanaka (Sufi dweling), hauz (pond), minaret and several small guest houses were built.

Among the people of Bukhara there is a popular belief, that saint imam Khafs Kabir helps the faithful. That is why he was called Eshoni Khodjat baror (the head of Sufizm doctrine, helping people) 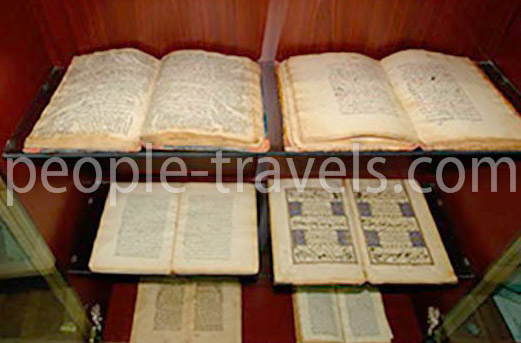 There is a draw well near the tomb of Abu Khafs Kabir. Women drank water from it in order to cure completely and give birth to a child. Today people also can visit the tomb of great Abu Khafs and ask about help or healing.