Lyabi-Hauz Ensemble: another great Ensemble of sightseeing in Bukhara

Lyabi-Hauz Ensemble: another great Ensemble of sightseeing in Bukhara 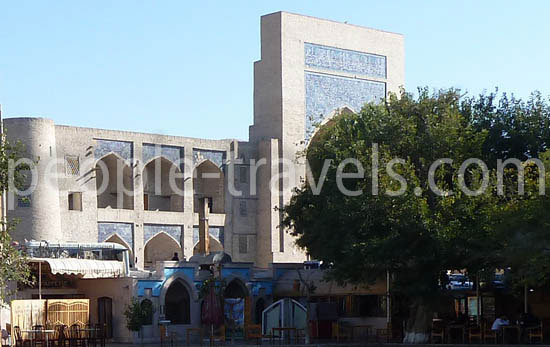 Three main buildings originally form Lyabi-Hauz Ensemble: in the North it is Kukeldash madrasah, in the West khanaka of and Nodir Divan-begi and Nodir Divan-begi madrasah in the East part. The meaning of this beautiful name of Lyabi-Hauz is “at the pond” or “at the reservoir”. Now the Ensemble is standing near the water, the pound which is rectangular. Kukeldash madrasah is known as the biggest and greatest madrasah in the whole Bukhara. It’s very functional and beautiful, having all of the comfort in the living rooms. Divan-begi Khanaka constructed with many cells and cupola-formed hall. East of pound welcomes us with Nodir Divan-begi madrasah, firstly associated with caravan-saray, and then it was connected to the main building facade. Bukhara sightseeing cannot be completed without seeing this unique and very beautiful Ensemble. Visit Uzbekistan and get unforgettable impressions!