Medieval Bukhara is an architectural phenomenon of 16-17 centuries during vague time with unstable power of Sheybanid khan dynasty. In that time main city was transferred from Samarkand to Bukhara. But despite this, create original works, showing that not dwindled and faded creative spirit builders. You may know more information about uzbek history, just order tour to Uzbekistan and visit other cities.

Kurpa Mosque is located in Bukhara and was constructed in 15 century. Masters of Bukhara architectural school of 16-17 centuries used in construction and decoration of cheap and not labor, but efficient and efficient techniques. In the 16 century used in majolica decor colorful, sometimes monumental ancient zoroastrian images of zoroastrian subjects dominated the sun drawing flying birds. 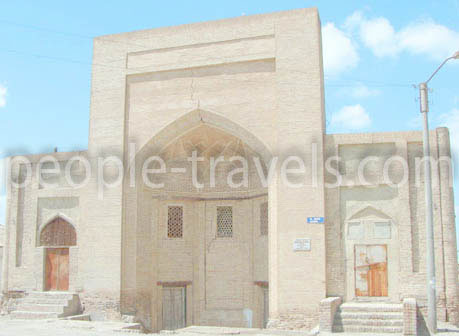 Bukhara school, becoming a leading Central Asia in 15-17 centuries had an important effect on the architecture of the region. The city was built madrasah and mosques, including also a neighborhood mosque Kurpa. Magoki - Kurpa is located in the quarter, which was formerly called "Magoki Kurpa" that has a meaning "The depression at the bazaar blankets."

The mosque was built in the 1637 building, is located in the historic center of Bukhara, close to a shopping dome Telpak Furushon and is one of two "underground" ( Magoki ) mosques. 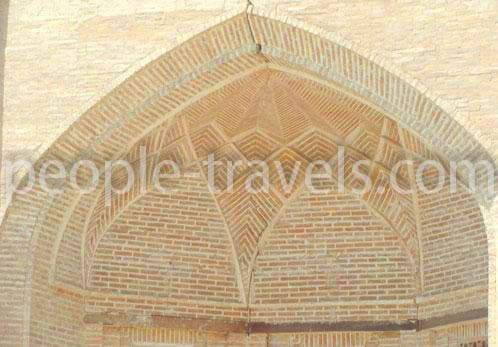 According to legend, Magoki Kurpa was built first as a cathedral, but was small, thus Hodge Kalon undertook the construction of another mosque. Contrary to this tradition is the second - which the construction of the mosque is buried under its mihrab. This tradition existed, despite the fact that no external traces of graves or mark it with a pole in the mosque was not.

The mosque has a dome design and built in two floors. The first floor of the mosque is a half hidden cultural layer, so she nicknamed underground, Magoki. The second part of the Kurpa is associated with the name of the quarter in which the mosque is located.