The magnificent masterpiece of Bukhara

The magnificent sights of Bukhara are known to the whole world. Medieval Bukhara is phenomenon of art architects of XVI-XVII centuries. One of the jewels of Bukhara is a complex of Hodha Zaynutdin that was built in the first half of the XVI century on the shore of one of the oldest hauzes of Bukhara.

Characteristic feature is the presence of mosques central hall with a dome, which was used by Sufis in their religious ceremonies for chamber chants accompanied by musical instruments.

There is a mosque and khanaka here that is symbolizing fusion of classical Islam and Sufism that widely observed in the late medieval period. The khanaka and mosques often had several rooms, which allowed them to combine various functions. 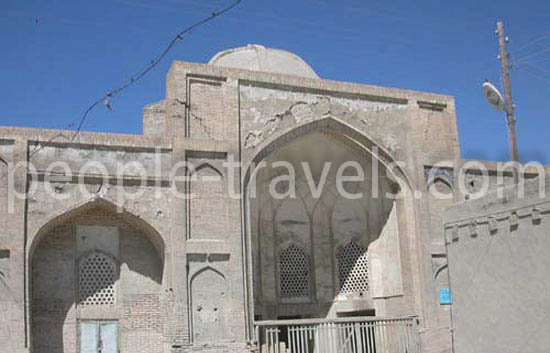 On the construction of this mosque developed different traditions. In one version says that the mosque was built by some khan, manager of the construction work of which was his servant Zainuddin. Khan was pleased with his service and ordered the mosque to call his name.

Architecture and decoration of the mosque Khoja Zaynutdin are of particular interest. Inner surface of the bottom wall is decorated with a mosaic panel, top, sails and dome covered with murals. Ceiling richly painted and covered with lancet sails.

The middle part of the dome is dissected into narrow sector meridian convex edges. The dome itself is reminiscent of blue- golden cup strewn stellate stalactites. Application of techniques "kundal" in the interior of the mosque gave a solemn elegance reminiscent of the golden- brocade embroidery, traditional to Bukhara.

The same paintings can be found in the Mosque Baland Bukhara and Samarkand two mausoleums - Ak-Saray and Ishratkhona relating to the era of the Timurids.

When you come to Uzbekistan you understand, that it is a country with a rich historical heritage, beautiful architectural ensembles, which are still forced to wonder and admire the tourists from all over the world.