Until recently, the word "desert" was associated only with barren land, from which humanity needs to get rid of. But scientists believe that each natural landscape has its purpose and should not be completely transformed. The nature of the deserts has its own beauty and originality, worthy of the reserve protection.

Karakul Reserve - the flower in the desert

Uzbekistan has surprisingly diverse natural world that can be found in the Karakul Reserve. This Reserve was organized in 1971 on the territory of the Kyzyl Kum desert (Bukhara region) in the lower reaches of the river Zarafshan.

The reserve area is 21,021 ha, of which 15,932 hectares are covered by forest (Alat settlement Karakul district of Bukhara region). The Karakul reserve was established to consolidate Saxaul shrubs with quicksand area of Amu-Bukhara and Amu- Karakul canals, to protect irrigation systems from sand filling, to restore flora and fauna of the southern Kyzyl Kum, as well as to create conditions for nesting waterfowl. 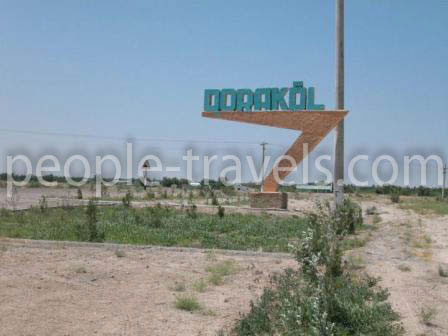 The Karakul Nature Reserve is characterized by a complex zone of sandy desert, low rainfall, high temperatures, abundant sunlight and maximum evaporation create certain conditions for the existence of plants and animals of the land. The maximum temperature in July is +47,1 o, in winter, in January it drops to -22o.

Within the Karakul reserve there are various reliefs: flat, alternating possibility, hilly dune. Swampy meadow, takyr and saline soils are presented in separate reserve spots. Through its territory three main irrigation channels run. There are two small lakes - Sayat Laylikul and Hodge, where the water is slightly mineralized. 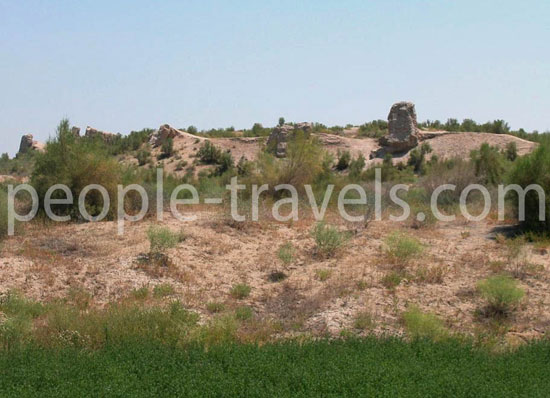 Bukhara deer, which are found only in the mountains of Uzbekistan and Tajikistan, were resettled to the Karakul reserve.

The Lake in the spring is filled with noise and hubbub of flying birds that are represented by 38 species such as cranes, gray heron, swans, geese, ducks. In thickets along the banks of lakes protected settle Zarafshan pheasant can be seen.

If you are not indifferent to a wild nature, you will like such unusual trip to Uzbekistan and know more about rare animals of Uzbekistan.

The Karakul reserve is one of the oldest places in Uzbekistan, inhabited by man in ancient times.

In the V-III millennium BC. the Karakul micro-oasis was one of the picturesque and lively corners of the Zarafshan valley, a vast and rich natural region. Archaeological researches show that people lived near these places since ancient times.

Traces of the culture of hunting and fishing tribes of the Neolithic and Bronze Ages, who lived in this area 8-5-3 thousand years ago, were studied.