Making a trip to Uzbekistan, to one of the most mysterious cities – Bukhara, do not neglect a chance to visit Fayzulla Khodjaev Museum.

House-Museum of Fayzulla Khodjaev, located in the old part of Bukhara, in Goziyon neighborhood, is the bright example of the architecture of the XIX century. Fayzulla Khodjaev Museum memorializes one of the eminent politicians of Uzbekistan, whose active work fell on the beginning of the XX century.

Fayzulla Khodjaev, is, undoubtedly, a key politician figure of Uzbek history of 1920-1930. His fantastic career and tragic final left many ambiguities, covered with discrepant myths of the XX century.

Fayzulla Khodjaev, a native of Bukhara, belonged to the richest people of Bukhara khanate. At the end of the XIX – beginning of the XX centuries there was a state of classical Asian monarchy headed by the amirs of Mangyt clan under the protectorate of the Russian Empire. 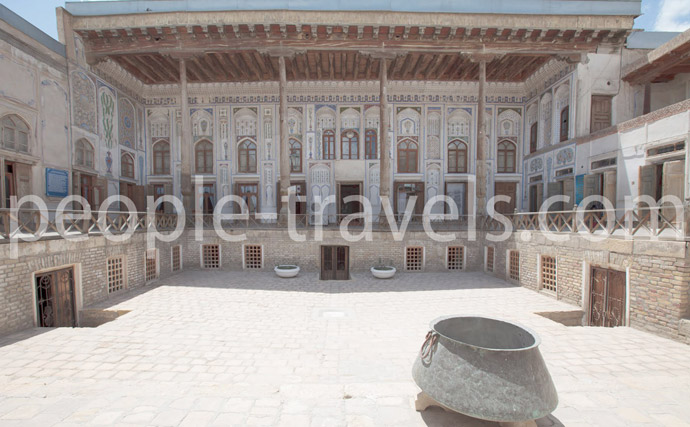 Fayzulla Khodjaev’s father was a merchant- millionaire, who made a fortune on the export of karakul. When Fayzulla was 11 he together with his father went to Russia and until 1911 had been studied in Moscow. In 1912 the father died, and Fayzulla got a part of father’s property, including the house in old Bukhara neighborhood. It was quite clear, that faith and convictions of young Fayzulla reflected the interests of national capital, competing with the largest capitalist Khanate – Amir of Bukhara. Hence there was an aspiration to reforms and way to power by means of revolution. Fayzulla Khodjaev actively opposed the anti-people reign of the last Bukhara Amir.

Fayzulla Khodjaev engaged in governing of Bukhara region, but during mass repressions of 1937-1938 he was executed.

This historical building has the excellent condition, and is the outstanding place of interest itself. House-Museum of Fayzulla Khodjaev has two yards: the outside yard – “men's” and inside one - “woman's”. All walls of the building and interiors of the dwelling are richly decorated with paintings on wood and alabaster, cutting on ganch and plaster. The aggregate house space is three hectares. 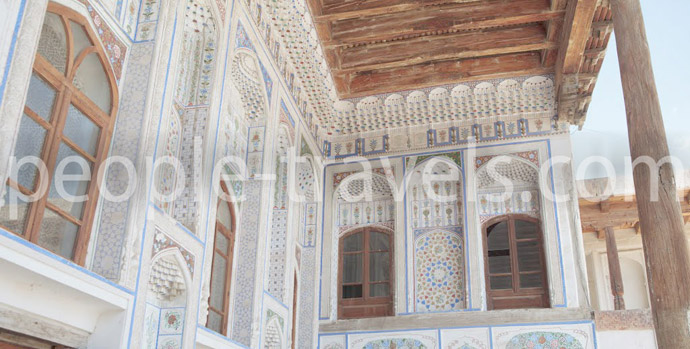 Today in Fayzulla Khodjaev Museum along with the memorial exposition there are two thematic  exhibitions. The first one shows the mode of rich Uzbek merchants and includes the original subjects of luxury, furniture and musical instruments, silk and velvety oriental robes. The second exhibition demonstrates the wide collection of dishes, where the items of Kuznetcov and Gardner factories, copper and silver dishes of Bukhara masters are presented.

The exposition of Fayzulla Khodjaev Museum tells about the way of life of Uzbekistan of different times. The greater part of museum pieces includes ancient original products.

It is interesting, under the House-Museum of Fayzulla Khodjaev there is a system of underground tunnels, which purpose is still unknown. May be they were constructed by Fayzulla Khodjaev, in case of danger it was possible to hide from Khan’s anger. But, perhaps, the tunnels have more ancient history, and they had been here before the house building. 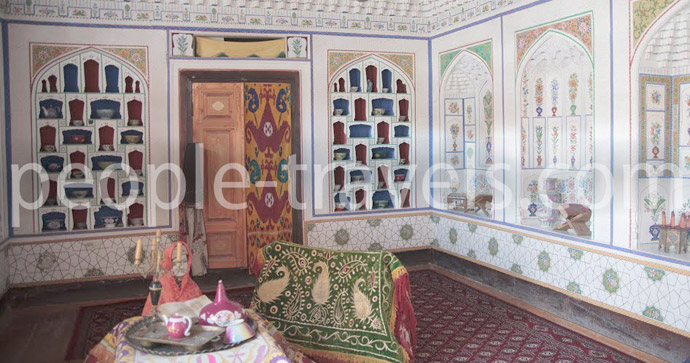