The exotic nature of Uzbekistan with its boundless deserts, massive mountain ranges, countless rivers, reservoirs, lakes, nature reserves, as well as a huge variety fauna attracts nature lovers from all over the world. As a part of trip to Uzbekistan you may see wild nature of country.

40 km from Bukhara, near the town of Kagan there is an animal breeding farm that is endangered. The cattery is called Ecocenter "Dzheiran". The Ecocenter "Dzheiran", together with other nurseries for the breeding of gazelles, was established in the mid-70's. It was created for the preservation of rare animals.

Flora and fauna of the Dzheiran Reserve

Today the Ecological Breeding Centre 'Dzheiran' is engaged in breeding rare species of animals such as gazelle, kulan, Przhevalsky horse, Bukhara mountain sheep and a winehorn goat (marhur). The scientific department of the center is engaged in the study of animal biology, the creation of a genetic bank of rare species, and the cultivation of animals for the needs of zoos and private collections.

In the near future the Dzheiran Reserve intends to supplement the list of animals with new species - saiga, Bukhara deer, cheetah, hyena. Also, with the support of the state, an expansion of the Ecocentre territory is planned.

The territory of the Dzheiran Reserve is a typical part of the South-Western Kyzylkum, located on the Karnabchul massif. The landscape exposition is represented by a hill - Kaikasach mountain, 332 m high above sea level, fine-grained sands, takyrs, solonchaks and lakes.

In the southern part of the 1st section there is a lake complex consisting of 4 lakes of different degree of salinity. Water flows into the lakes from the Amu-Bukhara canal and a self-discharging well. On the 2nd section, not far from the mountain of Kaikasach, there are 4 self-pouring wells of various degrees of salinity.

On the territory of the Dzheiran Ecocentre there are sprouting saxaul groves, tugai thickets, unique plants of solonchak and takyr. The world of insects in the Ecocenter "Dzheiran" is rich and diverse. In total, more than 300 species of invertebrates are found on the territory. Of these, 6 species are listed in the Red Data Book of Uzbekistan. 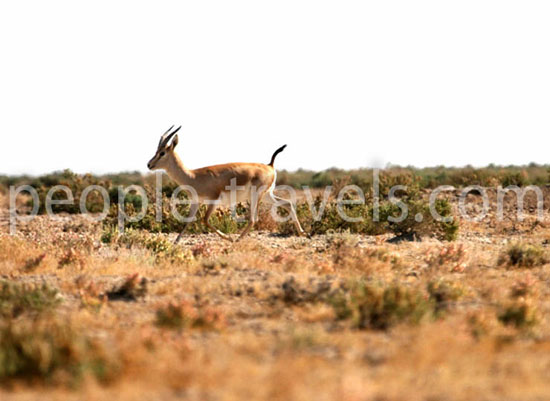 In 2008 the territory of the Ecocenter Dzheiran was included to the international list of IBA - Important Bird Areas because it has important for the conservation of birds and habitats.

In the lakes of the Dzheiran Reserve there is a wide variety of fish, amphibians and reptiles. More than 300 species of birds can be observed on the territory of  the Ecocenter, some of which are included in the International and Red Book of Uzbekistan. But the largest number among the animal kingdom is mammals. There are 34 species of mammals in the Ecocentre. Among them are gazelle, kulan, Przhevalsky horse, Bukhara mountain sheep, marchur, long-hedgehog, fox-kargank, dressing, steppe cat, large, midday and red-tailed gerbils, jerboas, etc.

On the territory of the Bukhara Dzheiran Nursery, various scientific international and national expeditions were studied. The expeditions included such countries as the USA, Russia, Poland, France and Japan. 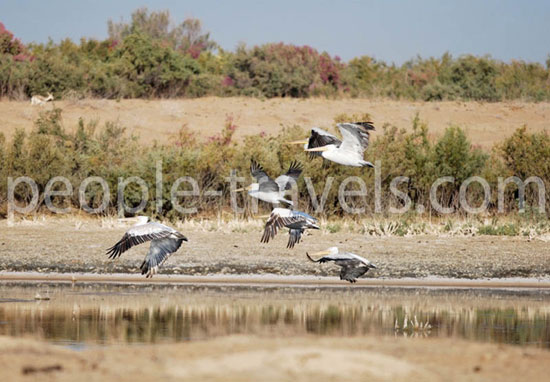 The conservation area also hosts some filming and arranged tours for children and youth, during which everyone can not only see rare animals, but also participate in the feeding of rare animals under the supervision. Since the nursery is located in the desert in the summer on a trip there is better to go in the morning.

Here you will find all necessary conditions for comfortable stay with the guest house. In the evening you can walk to the lake to bathe in warm water with a flashlight watch, observing known care, the life of nocturnal animals of the desert: scorpions, solpug , tarantulas, etc.