It would seem that we have exhausted the impressions of Bukhara. But not, there are still wonders, perhaps the most interesting monuments among Uzbekistan tours. In the suburb of Bukhara there is a significant ensemble, concentrating the highest achievements of architecture of the XVI century – Chor-Bakr. 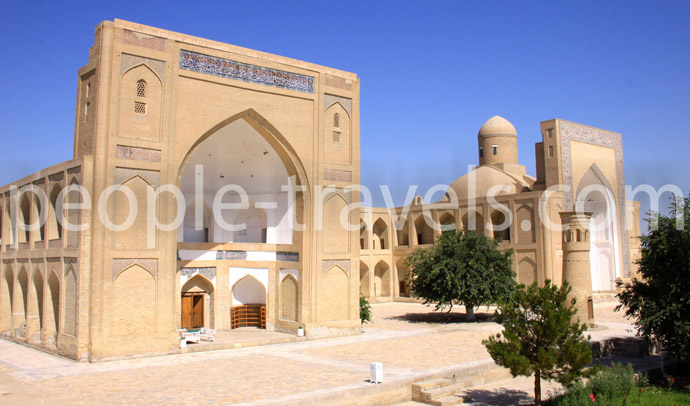 The beginning of necropolis existence was the funeral of Abu-Bakr-Said, and other members of the clan (hence the name of the necropolis - Chor-Bakr, that is translated as “four brothers”). Abu-Bakr-Said, the son of sheikh Muhammad Islam, descendant of the Prophet Muhammad, was nominated the post of Shaykh al-Islam (supervisor, controlling the execution of punishments on Sharia) in Bukhara. 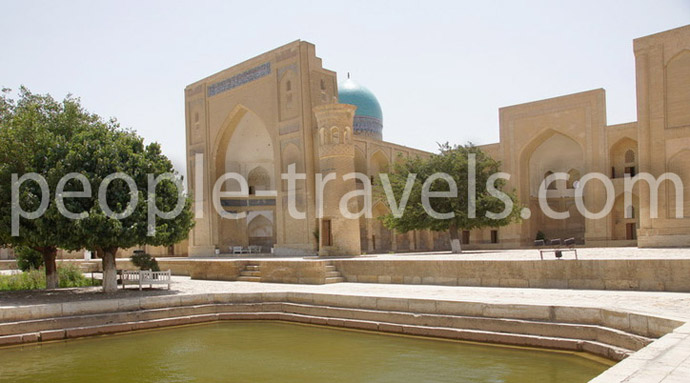 For almost 20 years Djuybarsk sheikh from the “Naqshbandi order” – Hodja Abu-Bakr-Said had been the mentor of Abdullah Khan II. After Hodja’s death Abdullah Khan II immortalized the name of his scholar, having erected the complex around the tomb.

The complex Chor-Bakr contains the mosque, khanaka (Sufi cloister), madrasah, necropolis and a big orchard near Bukhara. Today the orchard abounds in planes, willows, poplars and different fruit trees – peaches, apple, pears, vineyards, flower gardens of roses. From the city gates to the garden for five kilometers along the road on both sides the canals, lined with trees, were dug. So Abdullah Khan, heading into Chor-Bakr Necropolis, was always in the shadow.

The architectural ensemble Chor-Bakr is also known as “town of deads”. It has streets, yards, gates, but instead of houses there are family dakhmas (burial places) and gravestones. On both sides of the street you can see the necropolis entrance portals funerary mosques and iwans (vaulted rooms). 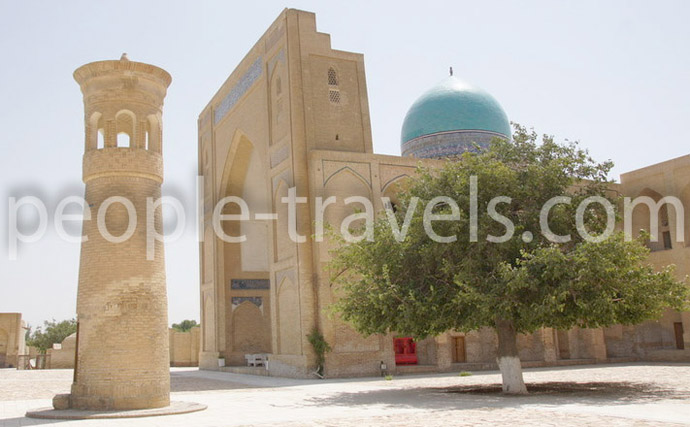 The facade walls of fencing and portals of Chor-Bakr Necropolis are decorated with figure masonry and mosaic inherent to those times. The south-eastern entrance is marked with portal and dome darvazakhana (confidential room). From here the viewpoint of ensemble is opening. The monument has perfect shapes and details. The halls of the mosque and khanaka are overlapped with cupolas. The interior is decorated with crossing arches, web of grid pendentives and stalactites.

In the XX century a small minaret, resembling Kalyan in Bukhara, was attached to the main Chor-Bakr complex in Bukhara.