Bukhara city with its more than 150 historical monuments can be ranked with the open-air museum. But the administrative office of Bukhara State Museum is located in former citadel – Ark, where emirs of Bukhara governed. The State Architectural and Art Museum of Bukhara (the second name of the museum) has existed from 1922, but has been located in Ark fortress since 1945.

In the storerooms of Bukhara State Museum there are sites of material and spiritual culture of the peoples of Bukhara oasis for more than 2500-years history. In 1922 the funds of the first Bukhara State Museum began to complete. The property from last Bukhara rulers of Mangyt dynasty of the XIX – XX centuries formed one part of the fund collection. 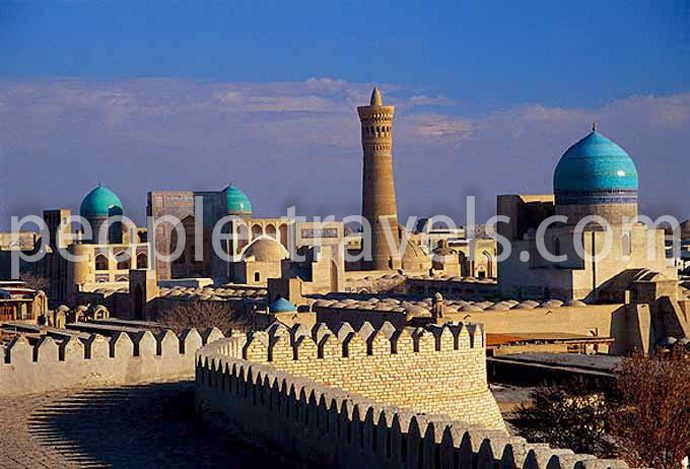 Thanks to the active collective work of museum researchers the systematic completing of the collection began in 50-s of the XX century.

One part of exhibits was bought at private individuals; another part was gifted to Bukhara State Museum by organizations and citizens of Bukhara.

The exhibit collection includes such types of museum pieces as archaeology, numismatics, decorative and applied arts, items of mode and ethnography, unique books and documents, painting, graphic arts, sculpture, photography and others.

At present Bukhara State Museum of Uzbekistan consists of several branches, in which 18 expositions are located. The list of branches makes up:

Local history museum of Bukhara is situated in Ark fortress.  According to scientific data the foundation of the citadel can be regarded to the IV-III centuries BC. In the beginning of the XX century Ark fortress was a city within a city. Here were the palace of the rulers, the palace service of bureaucratic elite and warlords, craft shops, treasury, arsenal, homes of relatives and dignitaries of the court, stores of clothing, carpets, and weapons. About 3000 of people lived in the citadel. 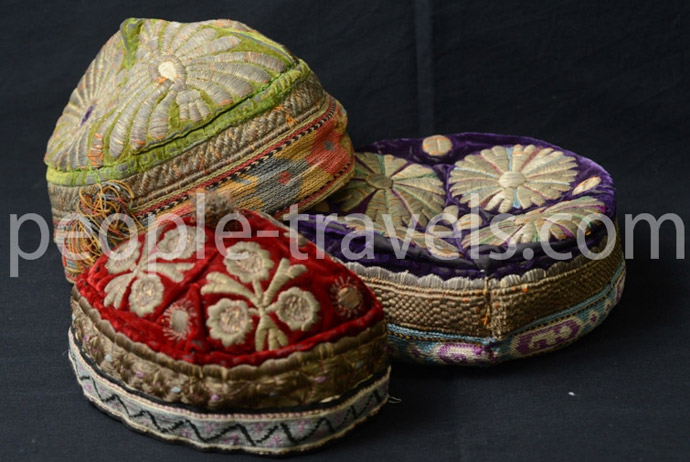 The Museum of blacksmith's work displays the Charter of the workshop of Bukhara masters. There is an operating smithy in the museum. One of the anvils served to great-grandfather of still working master here. Using the ancient instruments, he makes products based on museum specimens, which are bought by the tourists visiting the museum.

Bukhara museum of blacksmith’s work is a kind of revival center of this ancient trade, which has been holding strong traditions in the life of citizens for centuries.

History museum of water supply in Bukhara, entering into the composition of Bukhara State Museum is located in one of the ancient mausoleum, built in Tamerlan’s times - Chashma Ayub. The historical museum of water was opened on this place no coincidence. The spring of healthy and holy water is here. 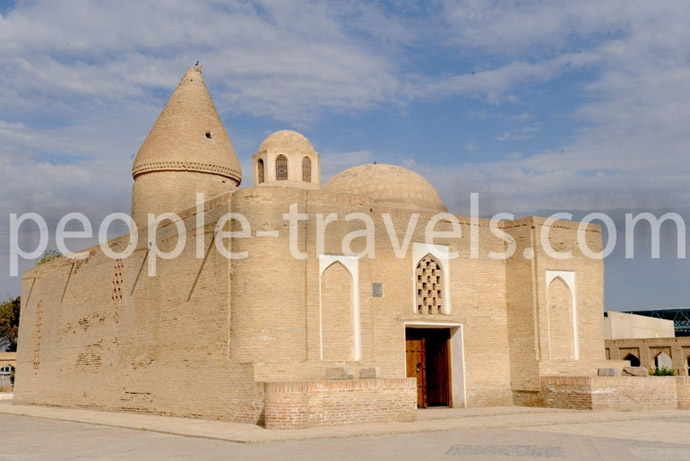 According to one legend, the town dwellers asked the God about water. And as a reply, the St. Ayub appeared, and he created the life-giving spring by striking the staff on the ground.

The museum is in Goziyon district - the old neighborhood of Bukhara. This is a perfect representation of the architecture and art of the XIX century, with the displays, devoted to the outstanding figure - Fayzulla Khodjaev; life and mode of people of Bukhara of those times. The house takes the area of 3 hectares. The museum is decorated with wood cuttings and paintings.

Besides the fascinating excursion, the research workers of the museum can offer the amazing ethnographic programme, where visitors will know the traditional customs of Bukhara people. Some of them are: “gavorabandon” - laying the baby in the cradle, “sallabandon” - dedication to women and show of national Bukhara clothes of the XIX – XX centuries.

The Memorial Museum of Abu Ali ibn Sino (Avitcenna) is located in Afshona village in 40 kilometers from Bukhara. The exhibition is dedicated to life and activity of the eminent scientist of the East, founder of the world medicine - Avitcenna. 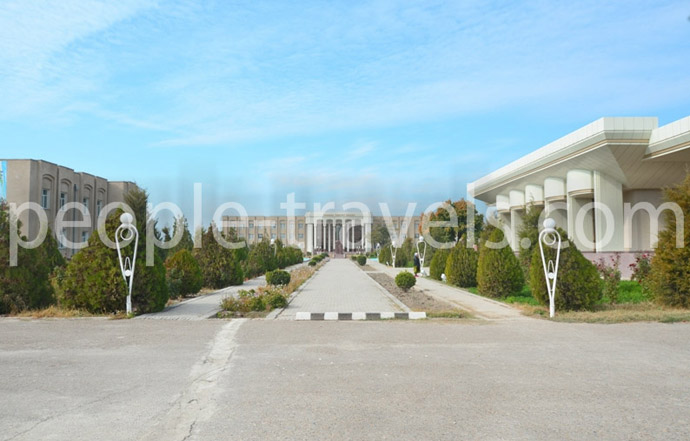 The Memorial Museum was built in 1980. The guests of the museum can see the copies of medicine instruments of that epoch, manuscripts “Canon of Medicine”, "Book of Knowledge" and "Book of Healing”, ceramic fragments of the X century.

The exposition of the Museum of carpet weaving was opened in 1991 in the ancient mosque Magoki Attari, nearby the old canal Shakhrud. 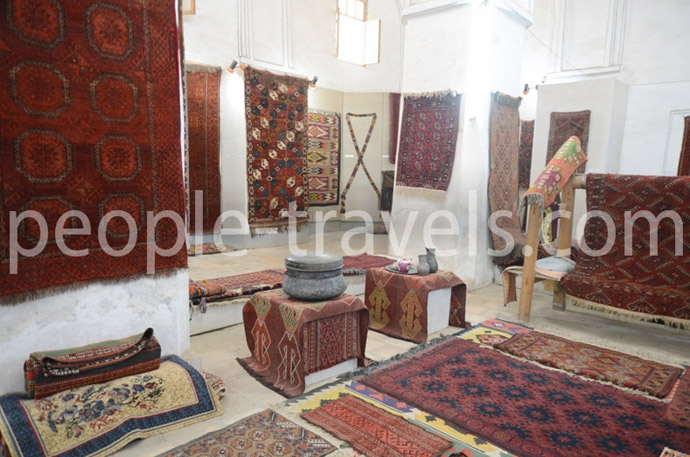 The Museum of decorative and applied arts in the palace of Sitorai Mohi Hosa was established in 1927. The palace was erected as a complex of garden and park pavilions in the style of country palaces of Europe.

The Museum of Fine Arts, as a branch of Bukhara State Museum, was opened in 1982 in the historical building of Bukhara center, close by Lyabi-Hauz.

In the exhibition "Ancient Jewelry Art of Bukhara" remarkable product of ancient jewelers are demonstrated. They include unique golden plaque with the image of the goddess, gold earrings (I century BC- II century AD), silver charms (XIX-XX centuries), jewelry and tableware of silver and gilding, inlaid with precious stones and enamel (XVIII-XX centuries).

The research center for the study of Oriental Arabic graphic Manuscripts is functioning in the Museum of Fine Arts. There are 3454 units of unique manuscripts and documents of the XVI-XX centuries, written in Arabic, Persian, Tajik, old Uzbek languages.

The Museum of Varakhsh settlement – Madrasah of Ibragim Okhund (XIX century) was built in 1884 and formed the ensemble of Oy-Binok mosque and Mukhammad Nabi madrasah. The museum exposition tells about  Varaksha settlement, which was prospering in early middle ages (IV VII centuries of AD.) 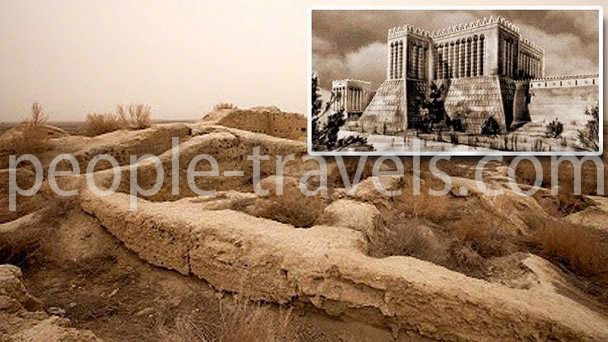 The plan of the settlement is subdivided into three zones: citadel – palace of the rulers; shakhristan – city center with houses of rich towns people; and rabad – trade suburb of the city.

The Memorial Museum of Imam Al Bukhari is placed in the modern building. The start year of the museum was 2001, and its exposition is devoted to the life and scientific effort of the genius researcher, theologist of the Islam - Imam Mukhammad ibn Ismail Al Bukhari. 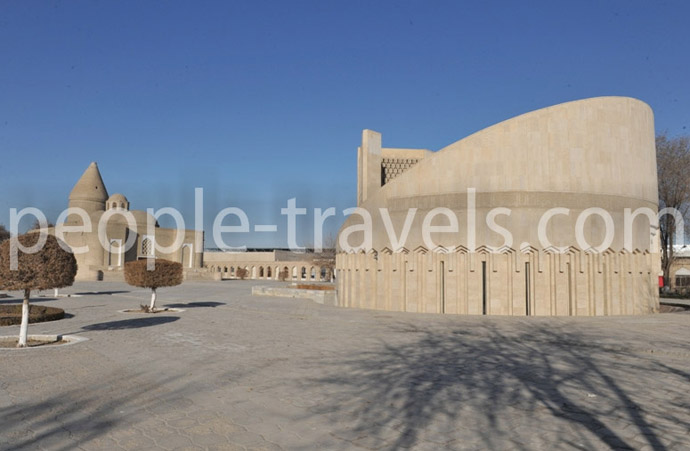 The main work of the philosopher was his writing “Al – Djami as-sakhikh”. This book contains wise aphorisms and statements of the Prophet Muhammad.

The Museum Tarikat Nakshbandiya is a cultural and memorial complex of Bakhautdin Nakshbandi. 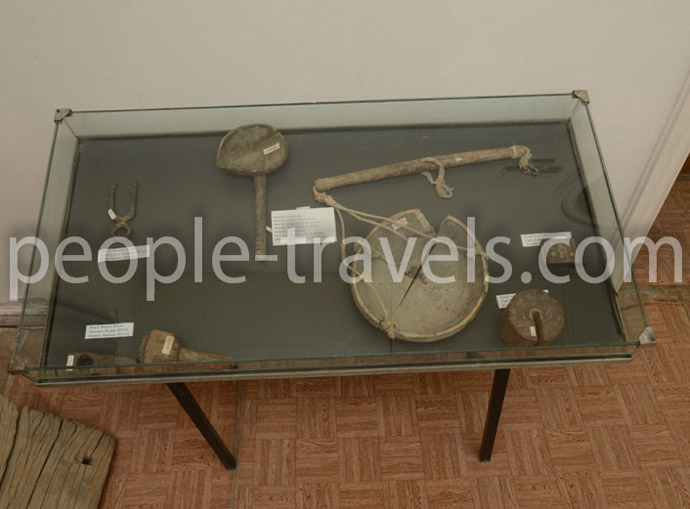 The Museum Tarikat Nakshbandiya was opened in 1993 in honor of 675 anniversary of Bakhautdin Nakshband. The museum deals with the themes of Sufism, the origin and formation of the teachings "Naqshbandi" and the influence of the teachings among the peoples of the Muslim world.

The most valuable exhibits are handwritten Koran, prayer rug, clothes of the Sufi, wooden cenotaph from the tomb of the distinguished Sufi Sayfitdin Bokharzi (XIV century).

Romitan local history museum displays the expositions of rich history and culture of the area. The vivid archeological and ethnographic material, characterizing mode, customs and religious beliefs of the people of the oasis, is presented here. 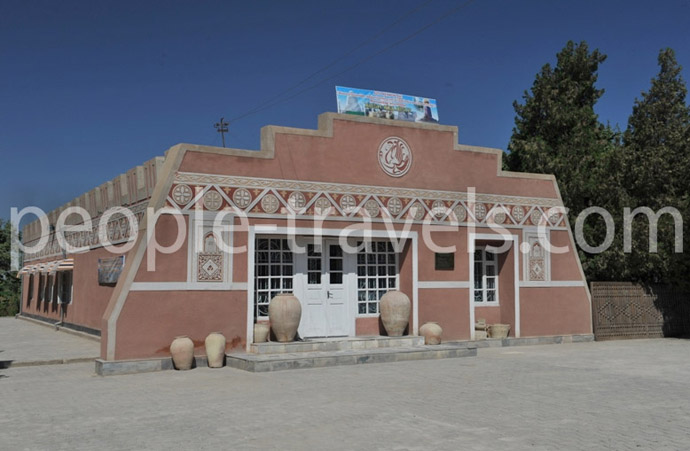 Romitan - one of the ancient cities of Bukhara oasis, is located near Bukhara.

Historical Museum of Paykent settlement is the pride of Bukhara State Museum. The museum collected a wealth of factual material. Consequently, Paykent settlement turned into a reference monument, which allowed to mark out many issues of formation and development of the urban culture of Zarafshan lowland.

The museum of Paykent recreates the story of the ancient city throughout the XVI centuries of its existence.

The museum exposition consists of three halls and diorama of the settlement.

The second hall demonstrates objects related to the art of war. They are arrowheads, which were adopted by the Sogdian warriors in the II-VII centuries, and items related to the pre-Islamic beliefs.

A separate room - diorama of the settlement, displays archaeological excavations holding in Paykent.

Another exhibition hall is adapted to display the annual exhibition of finds, which are updated with the completion of the archaeological season. 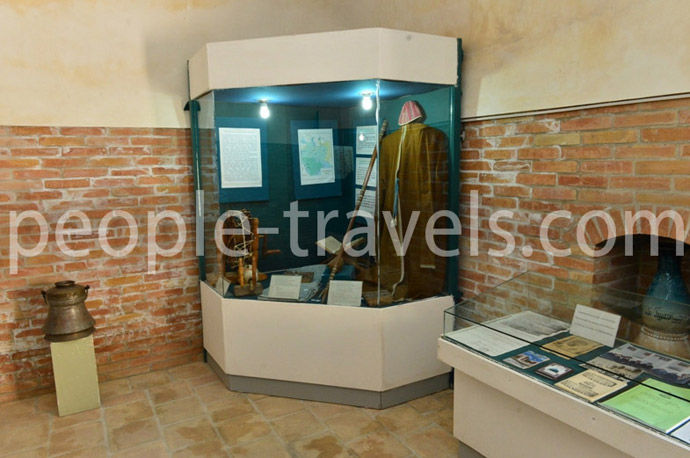 Experts in the scope of tourism and researchers of Paykent, considering the uniqueness of the archaeological site, predicting his great future travel and already include it in tourist routes of Uzbekistan.

Having visited all branches of Bukhara State Museum within tours of Peopletravel Company, you will know the whole history of Bukhara region, because the State Architectural and Art Museum of Bukhara combines all that without which the original culture of Uzbekistan is unthinkable.