Among the variety of tours to Uzbekistan you can choose any you like. To the west of the Ark citadel of Bukhara is a square that was ebullient public center in medieval centuries. Around the square there were crowded caravanserai and houses of rich merchants. Here you will find Bolo- Hauz complex that included a madrassah - Scifo Dorul in which trained future doctors, and a mosque. 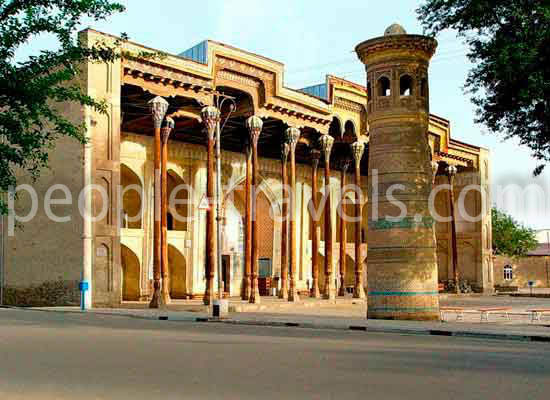 In the early twentieth century to the front of the mosque, decorated with two tiers of loggias, was built outdoor quince. It is a work of the Uzbek national decorative art. Slender wooden columns of the spliced metal rings interconnected with shafts that mounted in two rows, supported by the overlap aivan.

Two central columns, indicating the entrance to the mosque, joined a graceful double arch. Lower there are decorative carvings that are connected with teardrop-shaped portion of each column. 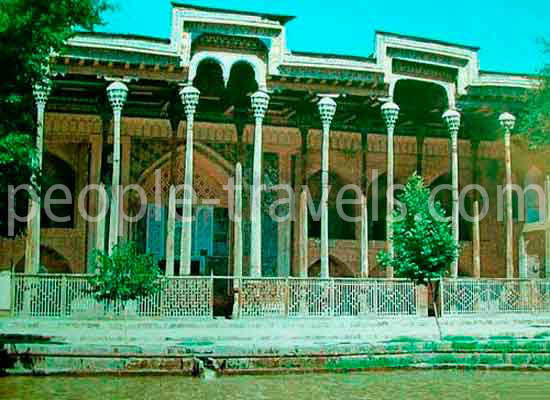 Special artistic value has huge stalactite capital of the columns. Aivan columns made of wood in the form of stalactites and serve to support the ceiling quince. Columns that are with one of the short sides of aivan made especially - they form a grand entrance into avian and then winter mosque.