Baths-khammam in modern days are very widespread in eastern countries. And they are also often can be noted in Central Asia.

The first baths-khammam date from the VII century. They say that the Turks took the culture of steam in the Eastern style from the Arabs, and the Arabs, in turn, from the Romans. It is considerable that the spread of the baths-khammam in Asia went on jointly with Islam. Prophet Muhammad himself encouraged his followers to bathe because "purity is a half of faith".

History of baths-khammam in Bukhara

Baths-khammam in Bukhara are of remarkable historical and cultural interest as standard monuments of civil engineering of the XVI century in Bukhara. They did not preserve the rich ornamentation. In engineering and technical relation the baths were the evident attainment of that period. 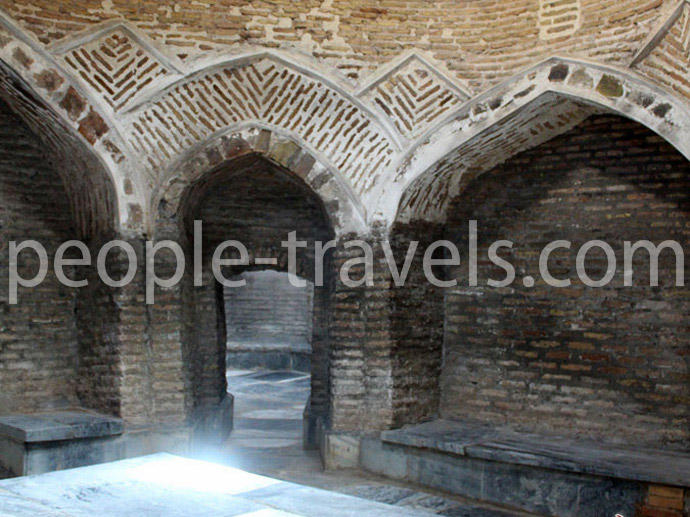 For a long time scientists could not explain where water from the baths-khammam in Bukhara got. One bath was even dismantled, in order to understand the structure of sewage. When the bath was gathered back, it stopped to work. The semi-basement and underground facilities of the baths-khammam in Bukhara adjoin closely with trading stalls. And on the street they stand out for featureless low domes. 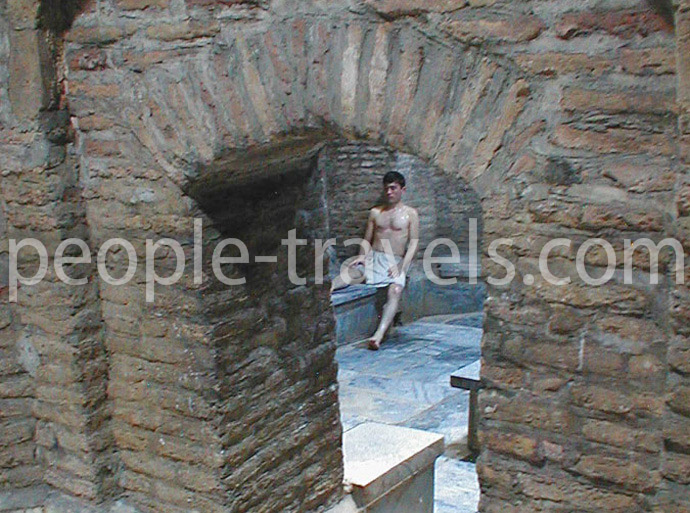 The visit of baths-khammam in Bukhara will leave only good impression of oriental hospitality and will help to restore a tone. And so, if you are eager to be absorbed into a real world of the ancient and mysterious East, then take a steam bath in the baths-khammam in Bukhara. Also in the lounge you will be offered a flavored tea.

Proceeding from the location of the baths, they can be divided into two types: city-wide (bazaar) and quarterly (guzar). Bazaar baths were in close proximity to the shopping malls. There were several such baths-khammam in Bukhara: khammam Gavkusho, khammam Khodja Porso, khammam Sarrofon, as well as one of the oldest Bukhara baths-khammam, built in the XVII century - khammam Bozori Kord.

As of today, one can observe two baths-khammam in Bukhara. One bath is gentlemen's called "Bozori Kord", which is next to the dome Toki Telpak Furushon, and one lady’s bath - "Khammam Kundjak", situated near the well-known Minaret Kalyan.

The old Bukhara bath-khammam "Bozori Kord" was erected in the XIV century and still has not lost its original traditions and healing features. A visit to the bath-khammam in Bukhara will be the most memorizable episode of your travel round Uzbekistan! 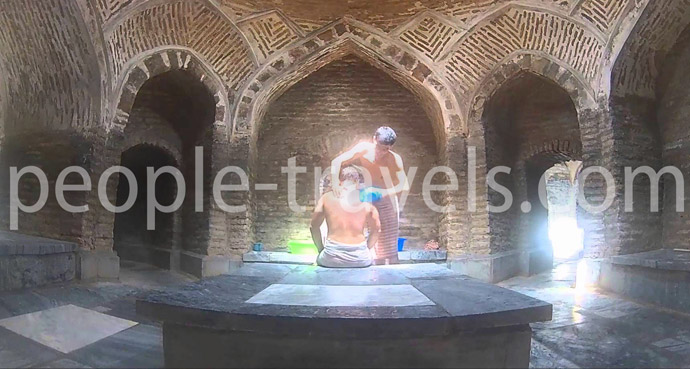 After bathing you will be done a massage. And do not be astonished at the assistant’s conduct, when during the massage he or she will even sit down or get up on you. Such are the features of the massage, which is made in Bukhara bath-khammam. After all you will be offered to sit in the common room, drink a cup of tea with herbs, relax and chat with your friends.

Visiting of such establishments definitely will bring a positive impression. You will find a pleasant atmosphere, and just a good time with a benefit for body and soul. The great ancient physician and scientist Avicenna in his treatise "The Canon of Medicine " mentioned the positive effects of the bath-khammam on the human body.