History of Bukhara: stretched back in centuries

Bukhara is very ancient city that in different times had been the center of different Empires and favorite place of many Great Dynasties. That is why Bukhara history is so rich and full with important events. It’s written in Shahnameh (which is very famous and very old wise poem in Iranian) that the founder of Bukhara was the King proudly named Siavash who belonged to mythical and legendary Pishdak Dynasty. The main reason why he chose this earth for his city is lucky location right on the Great Silk Road, good warm climate and many rivers. 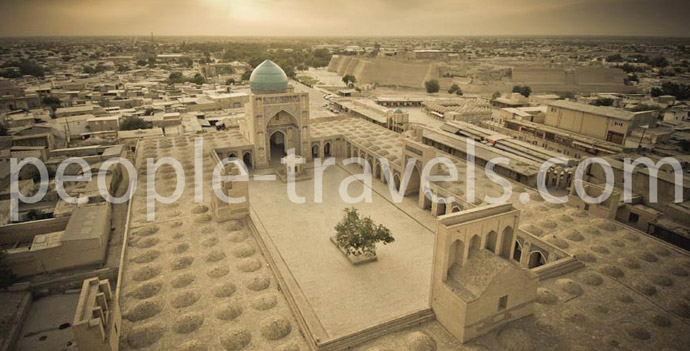 But besides the legends and good old stories, there are exact historical facts in Bukhara history. Following them, the date of foundation of this city is 500 BCE. But before the city was founded, it had been already inhabited by people for quite a long time. The city was made from uniting of three separate settlements and building the defending wall around them.

500 BCE as the very important point in the history of Bukhara influenced on the city and world: this is exactly the time when it was famous as the vassal state of the Great Persian Empire. Later Bukhara was the center for first Greco-Bactrians, and Seleucid Empire and of course well known Kushan Empire. In Bukhara history is mentioned the fact that in those times Bukhara was quite prosperous city. But becoming the center of trade on the way of the Silk Road only made the city better and more prosperous. Those were the Gold time of the city. Around 350 BCE Bukhara history and the development of the city skipped on another level because of Hua tribes who came from Mongolia.

Before Islam became the main religion in Bukhara, there were two religions there – which are Manicheanism and Nestorian Christianity. But with the conqueror of Arabs not at once but gradually and with many years passed (after bloody and very exhausting legendary Battle of Talas) Islam became dominant religion and, as you know, it still stays this way.

While Bukhara has been getting used to the new religion, with a century passed after Battle of Talas, in 850 AD one more very important event in Bukhara history took its place: the city again became the capital of another Empire – Empire of Samanids. Persian language again became the main language in the city. Being the capital of Samanid Empire, Bukhara was flourishing city and intellectual center of the Muslims world. The city gave birth to the famous Muhammad al-Bukhari , the author of hadiths which were actually wise authentic sayings of the Prophet Muhammad. Bukhara’s history changed once again in 999 AD, when the Dynasty of Samanids was changed by the Karakhanid Dynasty. Late 13th was the time when Muhammad Khorezmshakh invaded the city.

Then, after Karakhanid and Khorezmshakh period, Mongol era happened in Bukhara history. Genghis Khan ordered to burn almost half of the city, but after he was more merciful, because the people of Bukhara agreed to submit. Mongols ruled the city up until the times of Tamerlane.

Then Bukhara became the feudal state named Khanate of Bukhara, in the times Shaybanids ruled it and made their capital in the city. Khanate of Bukhara was ruled by several rulers when in 1785 with the help of Shah Murad and Manghit Dynasty it turned into the Emirate of Bukhara.

It is well known that in the history of Bukhara and British and Russian Empires, Emirate of Bukhara played very important role. Late 19th century was the time of projecting and then constructing long Trans-Caspian railway all through the holy city.

During the years 1920-1925 in Bukhara history there was the time of Bukharan People’s Soviet Republic, integrated into UzSSR. Later wars in Afganistan and Tajikistan refugees came to Bukhara and also Samarkand.

And now in our days so rich history of Bukhara city still continues now when Bukhara became the part of independent Uzbekistan. The city changed not much, streets and buildings are the same. And to feel the atmosphere of those events described above all you need is to visit Bukhara within Uzbekistan tours and see all of its streets and architecture with your own eyes. Actually not many of the events of Bukhara history were documented, but there is book by Narshakhi “History of Bukhara” finally completed 944 CE and has many interesting facts about the old times of Bukhara: everyday life of its citizens, scholars, stories e t.c. 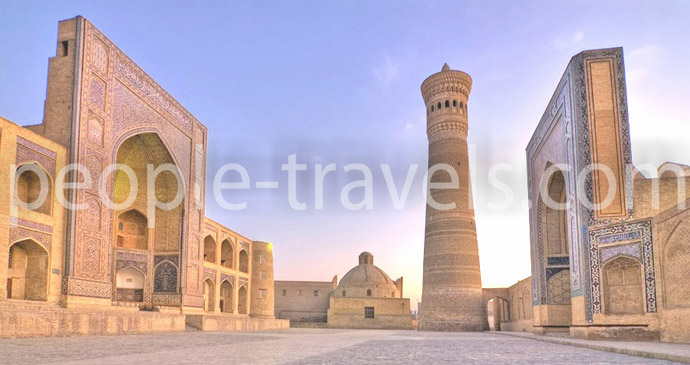 Bukhara, so-called Holy city, is very interesting place where history can be seen very clearly. It has that unforgettable charm. This city has been the center of many Empires, even the center of one Great Religion, it was destroyed then built up from the ashes again, it brought to the world many good famous people, and it’s still standing under the warm sun of Uzbekistan.