From the earliest times the Fergana Valley was a rich land. On its territory at various periods there were powerful states, which left a huge legacy. These are monuments of architecture, applied art, various finds of the ancient period, sculptures and works of art. Today these monuments are carefully researched by scientists and preserved in museums of Uzbekistan.

One of such museums is the local history museum of Andijan. All the exhibits of the museumwere found on the territory of the Ferghana region. 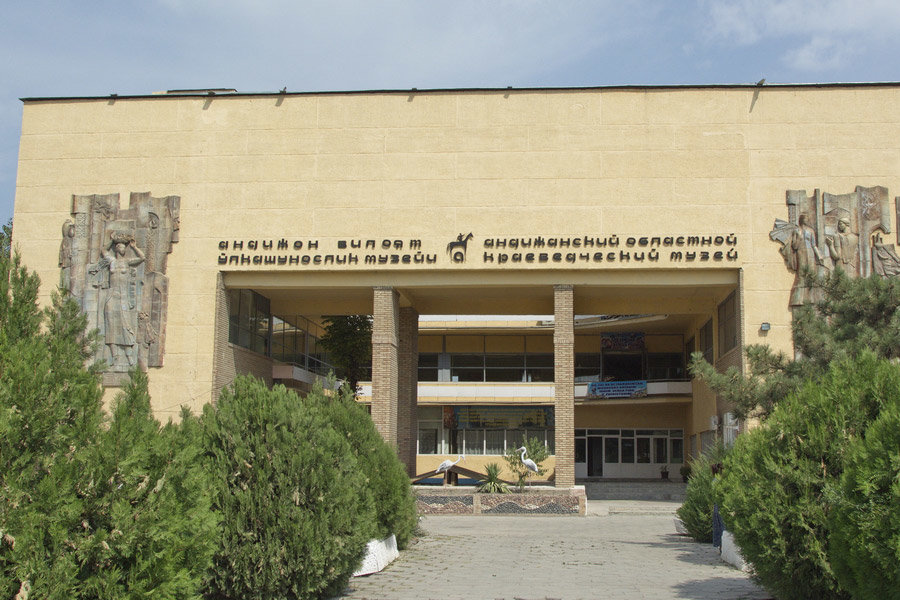 History of the Andijan regional museum

Andijan museum of regional studies was founded in 1934 on the basis of an agricultural exhibition. For a long time it has been working in adapted buildings, until finally ithas entered the current, specially constructed building of a total area of more than 5.3 thousand square meters

The whole collection is divided into several directions: ethnography, fine arts, applied crafts, archeology and much more. The museum has a huge collection of exhibits telling about the life of the population of the Ferghana region.

Today the collection of the Andijan regional museumhas more than 66 thousand exhibits.

It's amazing how many discoveries can be made, even after a quick study of the exposition of the Andijan museum of local history. After all, here behind the discreet façade are the witnesses of many centuries, able to tell amazing stories to everyone who is ready to hear them.

This museum is located in a colorful place, in the heart of the old city - next to the central market. There is a huge panel adorning the entrance to the museum. It is like a symbol of a motley series of heroes and events, from which the chronicle of the "golden" valley presented here is woven.

In the center of the hall are colorful mock-ups of natural regions. In addition to the fertile plains in the region there are foothills and a real desert - Central Fergana desert. It captures the territories of the Ulugnor and Boz regions, where sweet melons are grown.

Then the gaze falls on the seismograph that was used even by our grandfathers. Even today it could fix the shocks in the valley

Speaking about the lost time in the sands, the history museum of Andijan cannot bypass the theme of fauna. The representatives of most species of large wild animals can be seen only here.

The symbol of the Andizhan museum of regional studiesand the whole region is famous Fergana celestial horses, which many centuries ago became the reason for the addition of legends and even the unleashing of wars. Their images, dating from the 1st-3rd centuries, were found in the mountains of Aravan of the Marhamat region. The Chinese Ambassador Zhang Xiang, who was here in the 2nd century BC, spoke about them in his memoirs. As evidenced by his notes, in the valley there was then a rich state of Davan with 70 cities, among which was Andijan. The local population engaged in agriculture, cattle breeding and breeding of celestialhorses.

There are a lot of clay products and exhibits of the Bronze Age from Chust and Dalverzin. In the Kurgantepa district, the remains of fire-worshipers' temple were discovered. The more recent finds of the Andijanregional history museumare suzane, amulets and brooches. There is even a wash-bowl of the poetess Uwaisi.

The brightest acquisition of the last time is the petrified remains of a camelus, the ancestor of a five-meter long camel. The parts of the skeleton were discovered in the land by a resident of the Ulugnorsk district. Researchers of the Andijan State University found out that this animal lived 50 thousand years ago!

Thanks to the findings, drawings, maps, books and illustrations gathered here, one can trace the whole chronicle of the development of the region.

There is no lack of visitors in the Andijan regional museum. Schoolchildren with their parents and tourists from different countries come to the museum. The interest is clear. Here everybody can know so much about this land, see its collected wealth, touch the relics of different eras. Everyone can allow himself such a time travel.