Zeravshan (or Zarafshan) is the ancient affluent of the Amu Darya flowing in the lands of Central Asia. The whole area of the basin is 41 860 km ². The Zeravshan begins in the Zeravshan glacier in the Koksu junction, formed by the joint of the Turkestan and Zeravshan ranges. The initial section of the flow, about 300 km long, runs in a narrow and deep dale, of which the upper 200 km river is called Matcha.

Crossing the border of Uzbekistan, the river Zeravshan turns to the northwest, creating a unique oasis, where the fairy-tale city of Samarkand is located. Then it passes through the arid territories of Kattakurgan and Navoi, turns to the southwest of the country, carrying its waters through Bukhara and Karakul cities. The Zeravshan River ends its waterway in the desert, before it comes to the ancient mouth of the Amu Darya.

The total extent of the river is 887 kilometers. In the upper stream, it receives water from numerous tributaries, and in the lower reaches it has a huge number of diversion canals that take up almost 85% of the entire water flow for household needs. 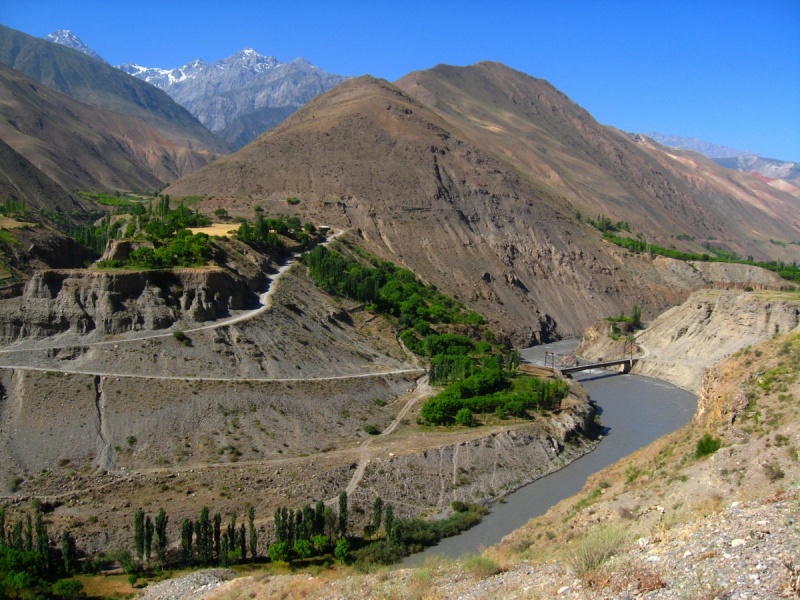 Meaning of the word “Zeravshan”

The literal name of the Zeravshan in Persian is translated as "gold bearing". The ancient Greeks called it Politimet or «much honoured". Most likely, this is a translation from a local dialect, for the Greeks could hardly have worshiped the Central Asian rivers. In this the Chinese travelers helped to examine. They called it Nami, which means "revered".

Such great cities as Samarkand and Bukhara have grown on the banks of this river. In addition, once there was the ancient city of Sarazm. Its ruins are listed in UNESCO.

Legend about the Zeravshan River

The gold-bearing river Zeravshan was nicknamed thanks to an ancient legend saying that in old times a great drought happened in Samarkand and the river left. The regent of the ancient city was saddened and went to the sage - hermit to ask for advice. The sage gave a hint the tsar to send the children of two Samarkand widows, three sons and three daughters to fight with the dark forces that stole water. The girls had to take post pigeons with them, which would bring news about the events. Residents of Samarkand were ordered by the sage to believe in the best and make ready for the holiday on the river bank. As soon as the last pigeon with long-expected news arrived, the holiday began and 5 thousand of horsemen with sacrificial rams entered the river bed. Water appeared and with noise and a roar rushed along an empty channel, leaving on the skins of rams grains of precious sand and whole nuggets. Soon a whole pile of gold was on the shore. Since then, the Zeravshan is a gold-bearing river.

Legend of the legend, but the Zeravshan indeed carries its waters across the territories rich in gold bed, many of which are developed today. 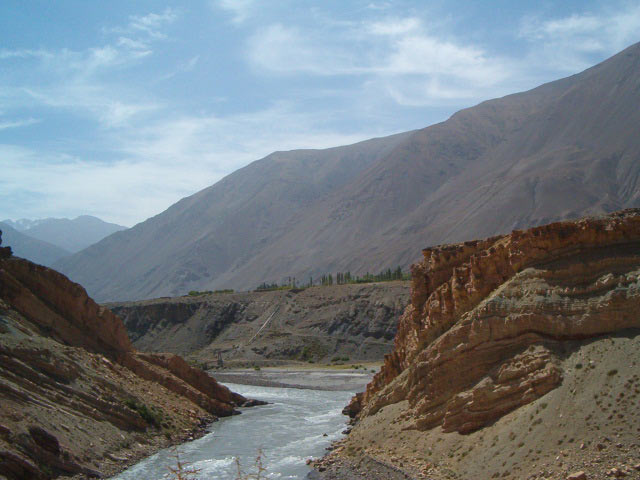 Zeravshan Reserve in the bottomland of the Zeravshan River

In the flood plain of the middle reaches of the Zeravshan River is the Zeravshan Reserve. It was founded in 1975. The area is 23 760 hectares. Tugai forests predominate in the vegetation cover (about 30%), thickets of sea-buckthorn, reeds, shrubs, fragments of deserts.

The Zeravshan floodplain, like many thousands of years ago, is populated by Zeravshan pheasant. In 1978 they were more than 2000. Even a nursery for their breeding works.

In addition to the pheasant, the kingfisher, the white-winged woodpecker, the small turtledove, the black crow, the rook, the forty, the Bukhara tit, the ordinary starling, the crested lark, the field sparrow permanently live here. The golden bee-eater, the hobby falcon, the scops owl, the tugai nightingale are only in the summer. In the reserve there are fox, jackal, hare-Tolai.

Confide in Peopletravel Company, and our agents will make unforgettable and memorable tour packages to Uzbekistan. Please, use any tour, listed below, and you will be fully satisfied.