Uzbek Lake Sudochie is located in the western part of the Amu Darya delta, and is the largest inland water reservoir of the Amu Darya. The arms of the Amu Darya Raushan and Priemuzyak feed it. In the background, the Ustyurt plateau rises.
Until the Amu Darya made the Sudochye Lake full, it connected to the Aral Sea through the channel. Today, the big water left about 150 km from here, and the lake became shallower and disintegrated into several smaller ones. And now they speak about the Sudochie system of lakes.

Formerly the Sudochie Lake was the largest inland water reservoir with a water mirror of 350 square kilometers and a depth of up to 3 meters.
Intensive withdrawal from the Amu Darya resulted in a significant drying out of its delta, and soon the lake lost its agricultural importance. Currently, the influx has been restored, mainly due to collector-drainage water. Lake Sudochie was occasionally filled in at times, and in some periods it was even planned to transfer some of the water to the Western Aral. At present, Sudochie is 80-85 km from the Aral Sea

The coastal zone is covered with small bushes, salt, and the soil is struck by a variety of texture and color. Today the shallower lake is likely to be completely ford.
In the warm season, the water warms up to 25-27 ° C. In November-December the reservoir freezes, is opened at the end of February or beginning of April. 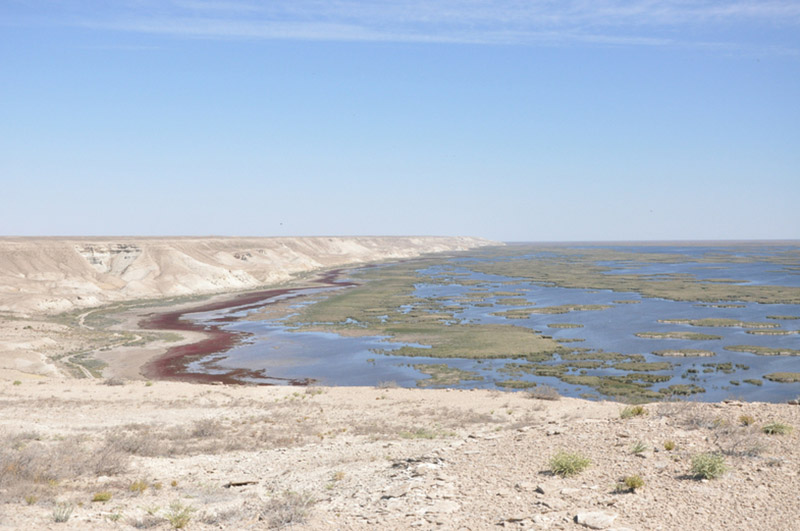 The origin of the word Sudochie is interesting. In the Uzbek language the lake is called "Suvdoshin", from the words "suv" (water) and "shin" (true) "fresh water".
You can visit this lake as part of tours to Uzbekistan from Peopletravel Company. It can be an exciting event for fans to discover the secrets of history.

Plants and birds on the Sudochie Lake

On the Sudochie wetland there is an ornithological reserve "Lake Sudochie". In the system of the lakes of Sudochie wetland, up to the year 2000, 218 bird species were recorded, 12 of which were included in the IUCN Red Book. In low-water years, the number of birds decreased from 70.5 to 2.6 thousand. Plants forming the main landscape were karabarak, glasswort and tamarisk by that time. Reed meadows were in a depressed state, due to a lack of moisture, an outbreak of locust development and intensive pasture of livestock. On the Sudochye Lake, in comparison with the Great Aral Sea, a fairly rich community of aquatic animals of Aral origin has survived: marine shell infusoria, bryozoans, sea ring clam worm, copepods, etc. 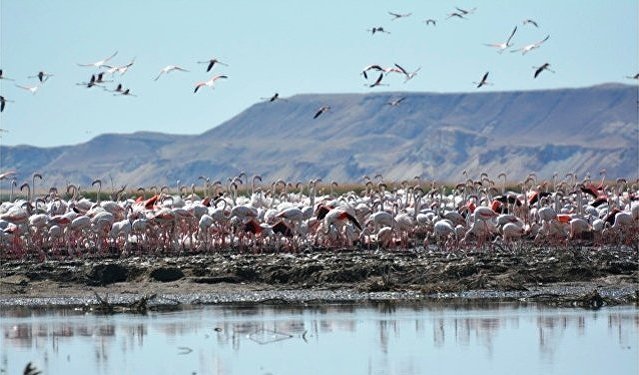 If you look carefully at the Sudochie Lake, you can see that here and there migrating birds flock to the shallows. For them the Sudochie has always been a place of rest on the way of seasonal migrations.
There is an interesting fact, in 2014 on the eastern edge of Lake Sudochie, a colony of flamingos numbering 7000 adult birds was found. Speaking of the nesting of flamingos in Uzbekistan, in the Red Book of the Uzbek SSR (1983), it is listed as a species that occurs only during the autumn and spring spans. But according to the research of V.P. Kostin in 1956 there is an indication that a small colony of flamingos settled in shallow water in remote places east of Lake Sudochie.