General representation of the Chirchik River

The Chirchik of Uzbekistan is running in the Tashkent region. The Chirchik River flows from the declivities of the Talas Alatau and its south-western spurs.

At the upper part (about 30 km) the Chirchik flows in the ravine, the valley widens below and loses the characteristic features of the relief. The feeding is mostly snowy. Ice phenomena are from November to March. 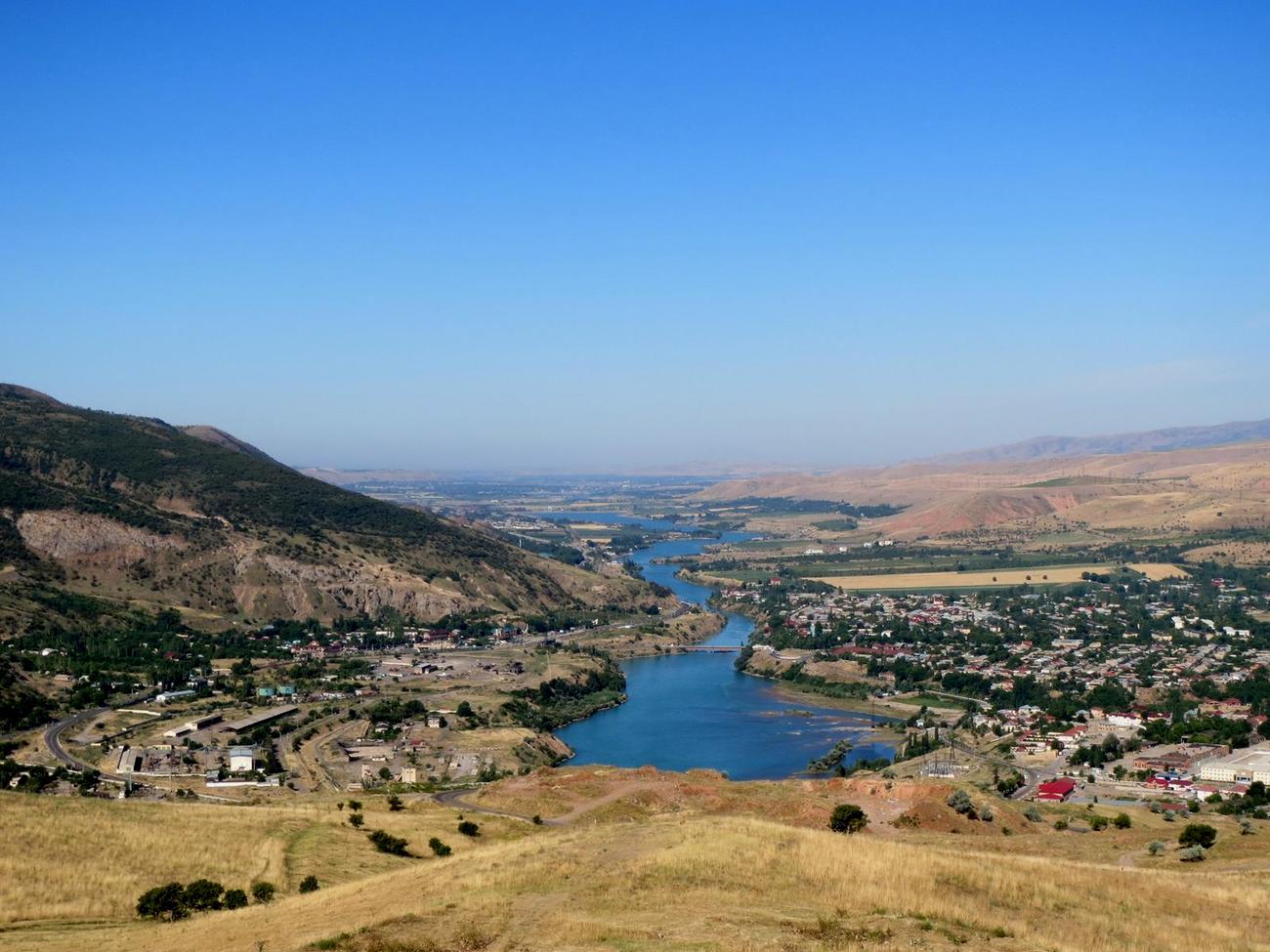 The Chirchik has a deal of tributaries; all of them fall on the upper part of its valley, bordered by mountains. There are no inflows in the low part of the Chirchik valley.

Two tributaries of the Chirchik are large enough: on the right - the Ugam River, on the left – the Aksakatasay. Only these rivers do not run out until the mouth year-round. The remaining tributaries are currently being disposed of for irrigation or have a drying section in the lower reaches. The descending ones reach the Chirchik River in high water and in high floods, and in summer and autumn they can dry up completely.

Ugam, Kok-Su, Pskem, Chatkal are the main rivers falling into the Chirchik River.
The Chirik River flows through Tashkent. It is the general water source for the Tashkent Valley. In the upper reaches it divides into the canals of Boz-Su and Kara-Su, which further by independent rivers flow to the Syr Darya River.
155 kilometers - the length of the Chirchik; the area of the Chirchik river basin is 14.9 thousand km². 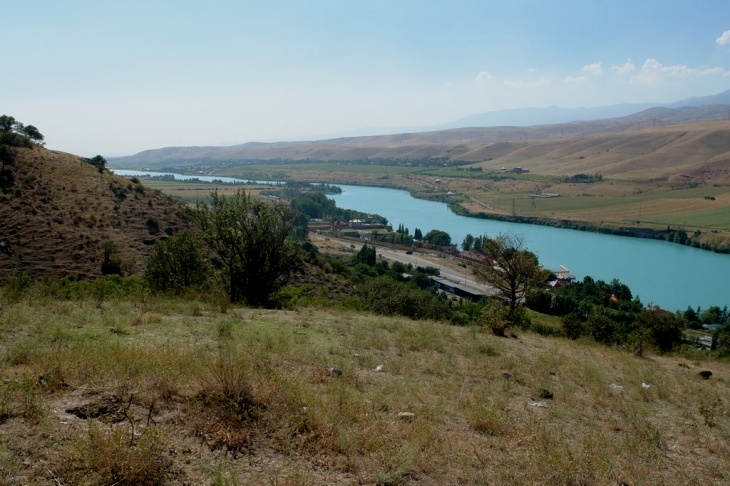 Origin of the name “Chirchik”

There is no official version of the name of the Chirchik River. Therefore, it is worthwhile to guess why it was so called. In the local history museum of the city of Chirchik legends about the river, its ancient names Farak, Parak, Turk clearly indicating the Arab origin, are told.

About its later name, it is said that the four rivers merge into one, and
therefore in translation from the Farsi “Chorchik” means "Four rivers" or "Fast".

But, as is known even in the XIII century, the yoke of the Arab caliphate fell, and in the XVI century the Uzbek language became fully in use. And it was then that the river was named “Chirchik”.

If you address to the Uzbek language, you can find words similar in sound and meaning, such as Chor - king, royal, and Check - border, limit, lot, fate. And indeed in those days along the river Chirchik the border of the Tashkent Khanate passed and perhaps then it was called Chorchek - the royal border. Another version “Sherchek” is possible, where “Cher” means “lion”, “brave” and then the river bears the name – “fate”, “brave” or “lion”.

The Chirchik River really resembles a lion with its habits and power, and for sure, our ancestors could not fail to notice this. And the Russian, appeared here in the XVIII century, converted it from Sherchek to Chirchik, perhaps, for euphony.
The Chirchik is a river of hero, the river - toiler. Looking back in the distant past, you can see sites of primitive people, rock carvings, telling as its waters irrigated huge areas of land, which created auspicious conditions for the growth of a settled agricultural culture. 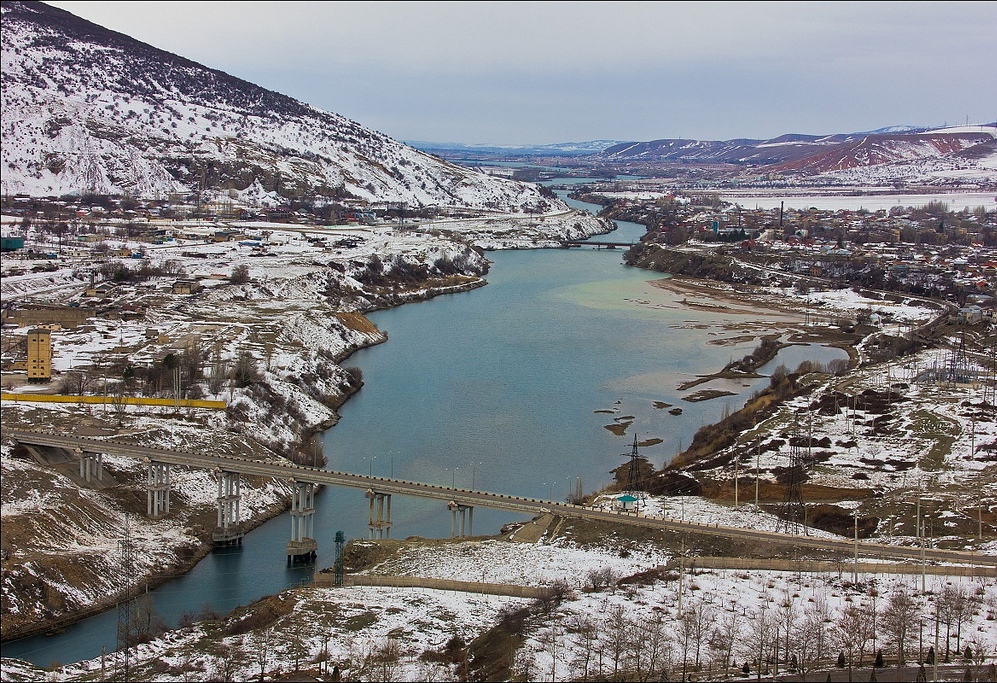 Vacation on the Chirchik River

Local residents and guests of Uzbekistan like to relax and spend their vacations on the river Chirchik.

The people move one after the other here, someone is fishing, someone is coming to enjoy the freshness of the chillya (the hottest summer period), which is especially desired in the hot whiff.

You want to inhale clean air, full of constant whipping of water with oxygen. Ice water of the Chirchik, enriched with minerals is pleasant to taste and velvet in contact.
After spending some time on the river, you are charged with such positive energy that you have an itch to come here again and again.
In addition to recreation on the Chirchik River, Peopletravel offers a number of tourist trips to the cities and sights of Uzbekistan.