Uzbekistan still remains little-known region for many Europeans. The steppes, deserts and mountains are beautiful.

But the most impressive parts of nature in these places are rivers. The Amu Darya is a large water artery in Central Asia.

The river Amu Darya is a large hard worker. It supports the lives of millions of people who cannot imagine life and work in this desolate land without of water. The whole flow is come apart for irrigation of leas and the maintenance of the life of cities and villages. 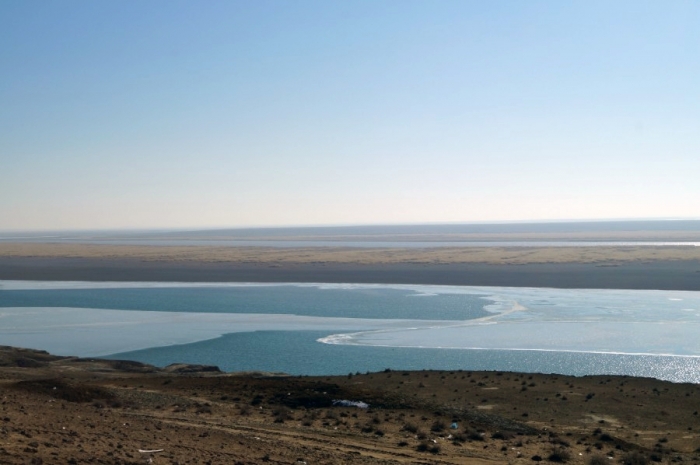 The Amu Darya is a large river, made up of the merger of the Vakhsh and Panj rivers sources in the High Pamir. The Amu Darya streams in Uzbekistan and Tajikistan, where it borders on Afghanistan and Turkmenistan. Then it again " retraces" in Uzbekistan. The river mouth is in Karakalpakstan.

The riverheads of the Amu Darya are among the powerful mountain ranges of more than 5000- 5500 m, and individual peaks reach 6000-7000 m. This mountain of the Amu Darya basin is marked out by a wide development of the eternal snows and glaciers.

The main Amu Darya tributaries are Surkhandarya, Kifirnigan, Sherabad, Kunduz. Further, it leaks in the wastes of the Karakum and Kyzylkum, down to the mouth there are no tributaries. For that reason, the vigour of the Amu Darya highly depends on snowmelt, glaciers and a few rain.

The Amu Darya River is meandering, long and stubborn, in the ancients’ judgment. On its way the river overcomes the high mountains and immense deserts.

The color of the Amu Darya River is dark chocolate and it is very muddy. The river carries a huge amount of suspended particles.

In terms of volume of silt in the water, the Amu Darya ranks one of the first places among the rivers of the globe. In one cubic meter of water it contains up to 3.5 kg of silt, four times more than in the Nile and more, somewhere in 30 times, in the Volga. This river throughout the middle and lower currents represents a series of separate channels, separated by chalk and sandy islands. In these separate branches, the river flows at different speeds and has different longitudinal gradients. On the chemical side, the water of the Amu Darya is highly mineralized, it has a lot of chlorine, almost 6 times greater than in the Nile water. 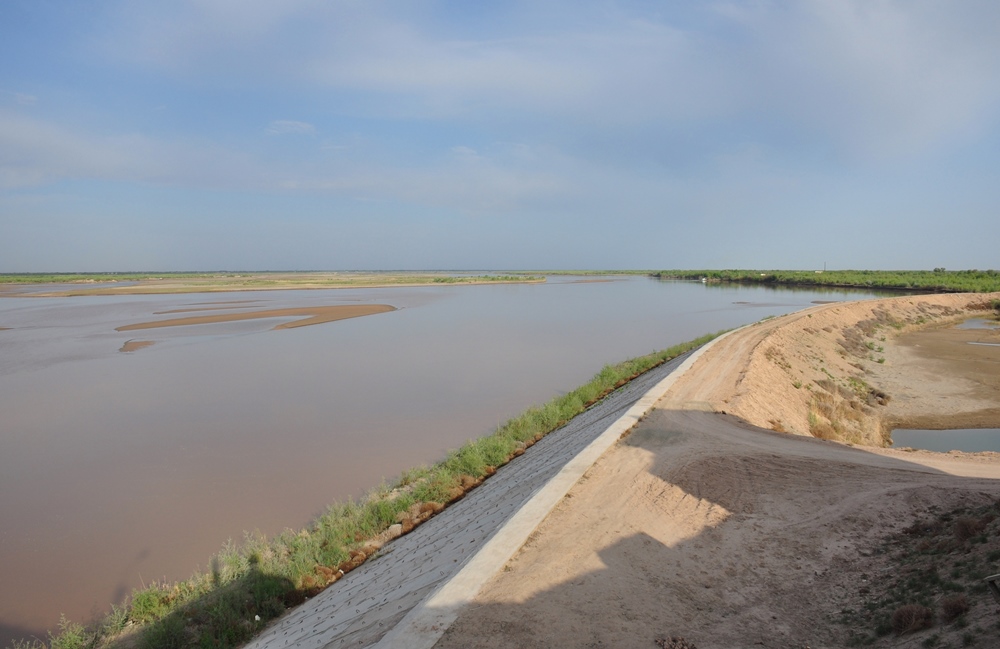 Amu Darya – the whip of God

The confrontation of the Amu Darya with the "whip of God" came from legends, in their own way, interpreted the frequent and abrupt change in the direction of the river bed.

From of old the river has been famous for its wayward character. Because of its whims, cities and whole civilizations were killed.

On the plains the river behaves like a mistress. The Amu Darya winds as it pleases. Only the Mississippi can argue with variability of character of the Amu Darya.

With the Amu Darya a beautiful legend is associated. It says that a long time ago in one village two twin sisters lived and they were called Amuda and Darya. Since childhood, the sisters have been very attached to each other, just " thick as thieves ", but the girls grew up, and a misfortune happened. Unfortunately both sisters fell in love with one guy and began to compete. Not the guy they chose, because his character was evil, arrogant and insincere. Having fun with the sisters, he married a rich and noble bride.

As the sisters knew about it, they were seized with grief and realized that they loved the unworthy man. The girls went to a field, obeyed each other, embraced and turned into a wide and deep river to be always together.

Gloss of the Amu Darya name

In the I - II centuries the Amu Darya was known as Oke or Oxus: so, by the ear of ancient authors, the local name of the river Okuz, originated from the Turkic word "oguz" - the stream.

In the Arab annals, this river is referred as Djeyhun. However, the most evident is the Old Iranian version, telling that from the XIV-XV centuries the name of the Amu Darya River has been affirmed. It was formed from the name of Amul city located on the river (nowadays - Turkmenbad, Turkmenistan) and the Turkic "darya" or "dare" - a large full-flowing river.

Amu Darya - the river of life

The nature of the Amu Darya is mainly tugai landscape, with characteristic plants: tamarisk, reed, turanga, willow, salt tree, licorice, various glassworts. The tugai forest is a product of the river alone. The river creates the soil, collects sand and clay, fertilizes with silt and washes away excess salt, and its flow brings seeds, rhizomes and young growth of trees and shrubs.

In barely passable areas of the Badai-tugai jackals are encountered, in a shrub thickets there are badgers, jungle cats-manul, foxes, long-eared hedgehogs, hares. From wild ungulates in tugai wild boars and Bukhara deer live. Patterned and snake-like, lizard steppe agama and Central Asian tortoise are usual for river banks.

The ichthyofauna of the Amu Darya has 40 species of fish. In the waters there are asp, aral barbel, catfish, bream, sabrefish, white amur, silver carp. This is also the only habitat for endemic Amu Darya shovelnoses, which are threatened species. 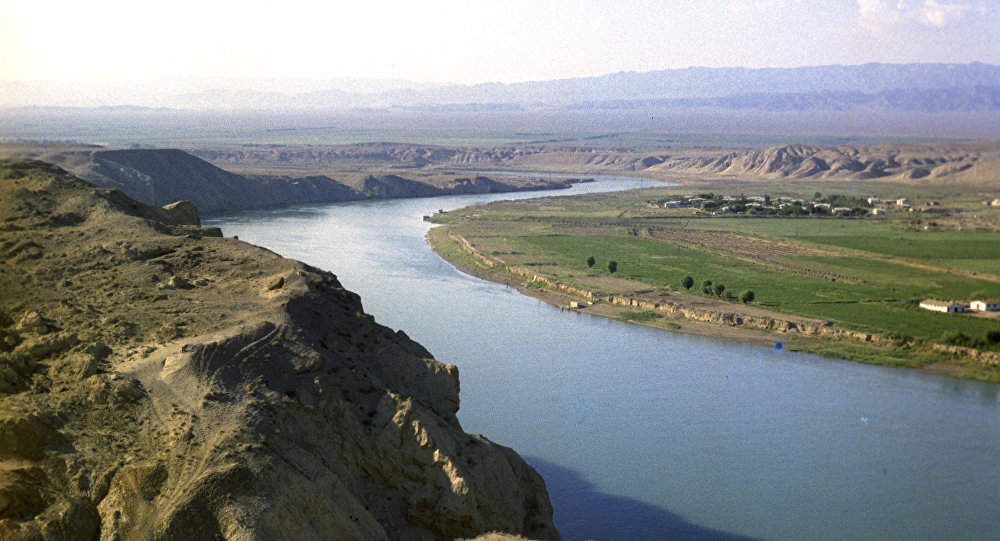 Fishing and some tourist attractions

Fishing in the Amu Darya (Uzbekistan) is developed and loved by local inhabitants. In the turbid waters there are such types of fish as: salmon, carp, asp, barbel. The amateur fishing without restrictions lasts from May to October. In addition to barbel, in the river heads there is osman, which has related roots with trout. For tourists who want to book a tours to Uzbekistan, Peopletravel is ready to organize amazing trips along the riverbed. The Amu Darya attracts rafting enthusiasts. Just a few hours drive from Samarkand, Karshi and you get to the campsite, from where the extreme expeditions start.

In the middle of the Amu Darya River (Uzbekistan), 20 km downstream from Termez the Aral-Paygambar Island lies. The space of the island mainly consists of impassable tugai thickets and swamps with sandy desert areas. In 1960, the "Aral-Paygambar" reserve was established here.

The name of the island Aral-Paygambar is translated from the Uzbek language as the Island of the Prophet. Here is the grave of the Islamic and biblical prophet Zul-Kifl. The prophet commanded his body to be laid in a vessel and buried in the place where the boat will land on the shore. The boat stopped in the midst of the Amu Darya River. The island appeared in this place miraculously.

The Amu Darya nature reserve is located around the mausoleum. The plant and animal life of the reserve is unusually rich. There are dozens of scarce species of animals and plants, but the main interest is represented by Bukhara deer, which are also called Khanguls. These animals are very special. This relatively small deer of sandy-gray color rarely reaches 200 kilograms of weight. Graceful horns of males are often crowned with five sprouts.

Twenty - thirty years ago tigers were the main and almost the only enemy of these deer. Now there is no tiger on the island.

On the trails of wild boars or jackals, you can often see round traces of a jungle cat, a typical inhabitant of the Aral-Paigambar. Less often, there are imprints of small paws of an exquisite fox-caracana. In 1966, after a long break, striped hyenas reappeared on the island. The Island was declared a protected area for preserving the nature of tugai forests.