The Zaamin Mountainous Forest (Juniper) Reserve is located on the northern slopes of the Turkestan range on the territory of Zaamin and Bakhmal districts of the Djizak region of the Republic of Uzbekistan. Currently it occupies an area of 26,840 hectares.

The territory is a clear mountain range, slightly falling from east to west, covering the mid-mountain and high mountain ranges of the ridge at an altitude of 1760 to 3500 m. above sea level. The southern part of the Zaamin National Reserve is the steep slopes of the Turkestan ridge, cut by deep narrow gorges. The northern part has a more flat terrain with terraces covered with a thick stratum of marls and loess-like loam. The soils of the reserve are represented by dark gray, brown, meadow and floodplain-alluvial soils.

It is known that in the 60s of the XIX century the territory that later became the Zaamin State Nature Reserve was explored by the Russian naturalist A.P. Fedchenko. In 1925-26, a detailed forest management of the territories was carried out, which served as the basis for the creation of the Guralash reserve (an area is about 8500 hectares). The Guralash reserve existed from 1926 to 1929 and from 1934 to 1951.

Intensive grazing, unregulated logging (primarily juniper forests) and poaching were a serious threat to the preservation of subalpine landscapes, which in 1959 resulted in the decision to establish the Zaamin State Reserve. The reserve was recreated in 1960 on the site of the Guralash nature reserve. 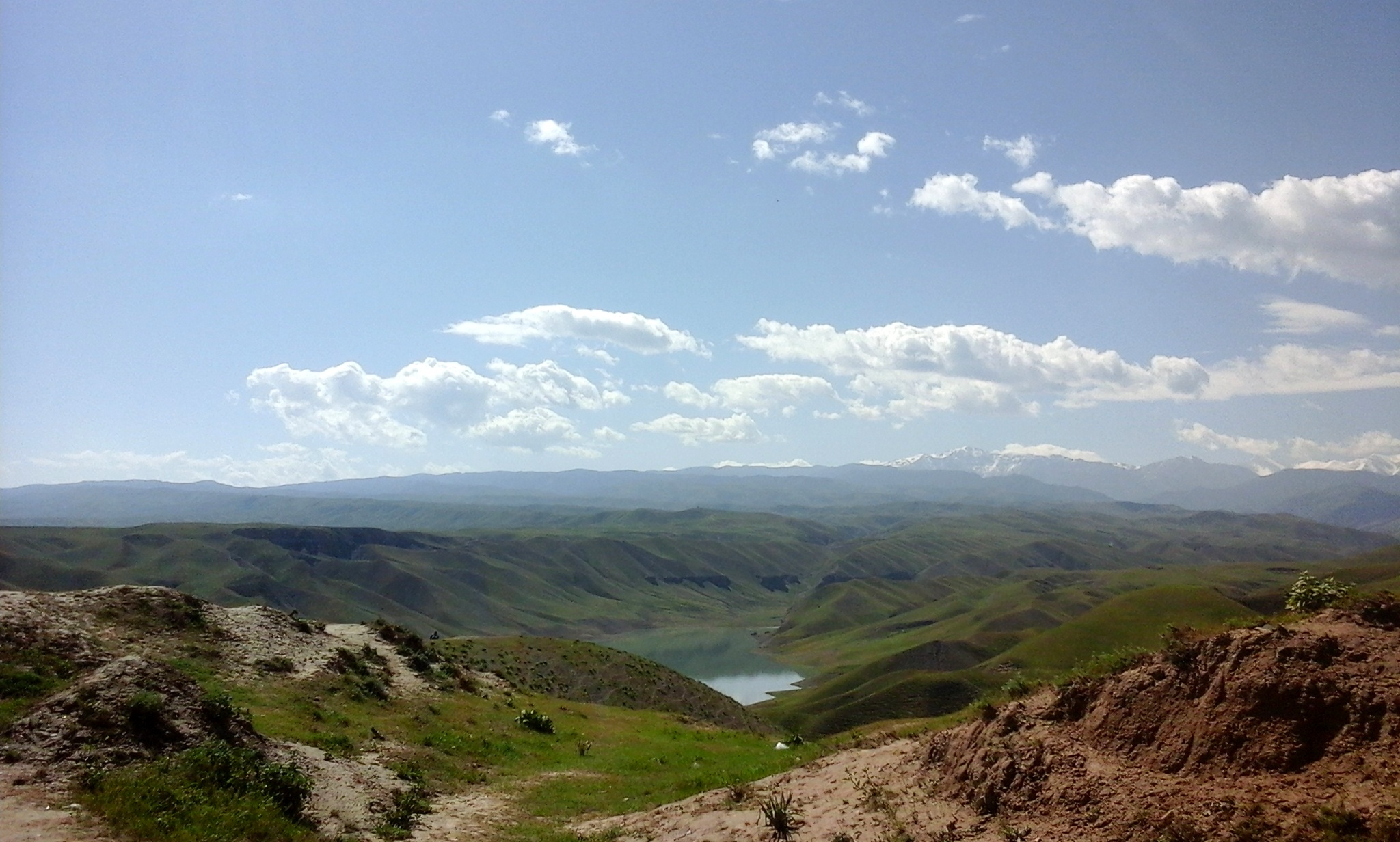 The climate of the Zaamin Reserve is sharply continental, the average annual rainfall, according to long-term data, is 405 mm. Most precipitation is in October, January and April. The highest temperature is in July and August, when the absolute maximum is + 33o, in December and January it drops to -34o. For all mountains sharp fluctuations in day and night temperatures and the return of cold weather after spring warming are characterized. Such severe climatic conditions allow only drought-resistant and frost-hardy trees and shrubs to grow here.

The wildlife of the Zaamin State Mountain-wood Nature Reserve, which belongs to the eastern Bukhara zoogeographic site, is very diverse. Here are presented all species that are typical for the mountain juniper forests of the reserves in general. A rich natural forage reserve with various grounds, places of shelter and nesting, ensures the existence of the whole complex of biodiversity. 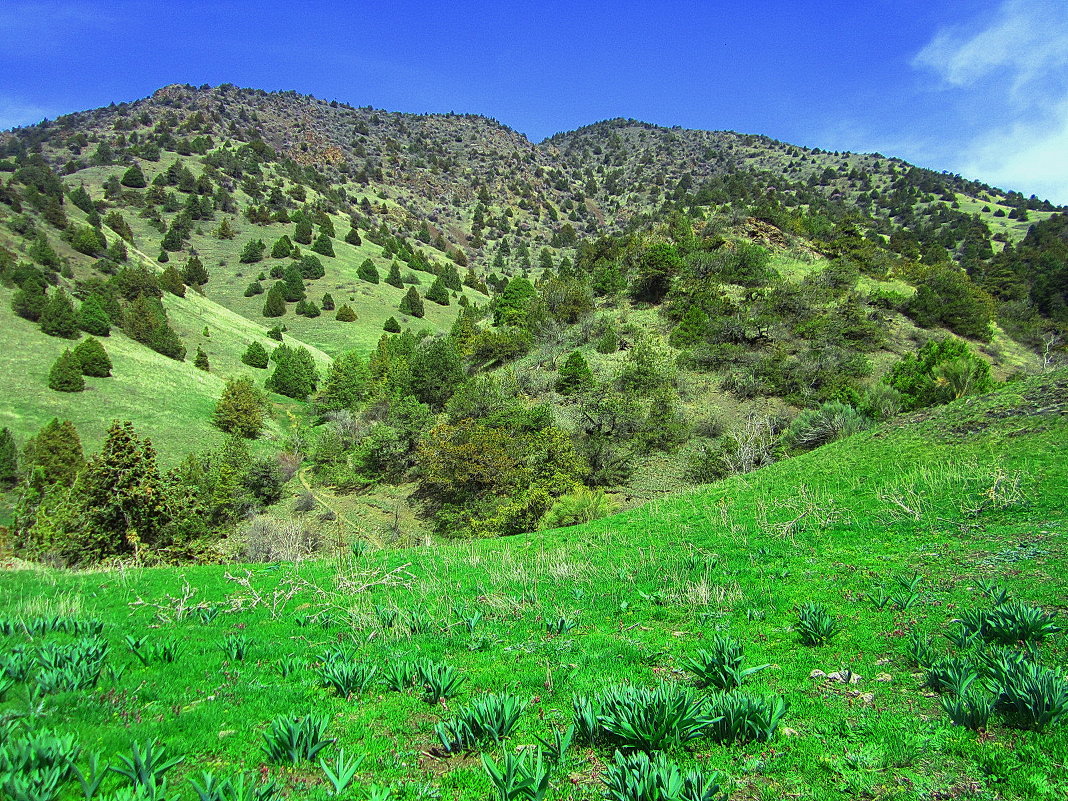 From mammals there is a wolf, a wild boar, a hare-Tolai, an eastern snapper. High in the mountains in the juniper zone you can meet a bear and cubs, they are not rare in the State Reserve "Zaamin"; and in the wilderness you can hear rustling from afar tracking the lynx. Early in the morning you can see a nice little night animal - least weasel.

Mountain goats, the inhabitants of high mountains, rocks and talus, are also common in the reserve. They willingly visit fir and floodplain forests. Here in the highlands there were traces of a snow leopard. On stony outcrops there is the Turkestan agama, on sandy and clay slopes there are whip snakes, copperhead snakes, patterned snakes, deserted lidless skinks, grass snakes and etc.

On the territory of the Zaamin State nature reserve three types of juniper grow: Zerafshan, half-spherical and Turkestan. Half-spherical juniper forms mixed plantations in the upper part of the slopes with Turkestan one, and in the lower part with Zerafshan juniper. The undergrowth is represented by bushes: the hawthorn of Turkestan, the wild rose of Fedchenko, the honeysuckle of Korolkov, the barberry oblong, the many-flowered cotoneaster; occasionally among the rocks there is the Tien Shan rowan.

In spring, the low-mountain zone is indescribably beautiful. Tulips, poppies, various kinds of onions and magnificent eremurus are blooming.

On the northern slopes of the subalpine zone, mainly elfin wood formations of juniper grow. From medicinal plants there are more than 20 species.

One of the attractions of the Zaamin Mountain Forest Reserve in the meadow in Kyzyl-ataksai are the huge, high red stones of various bizarre shapes reminiscent of sphinxes. The local population calls this place "kyrkkiz", which means "forty maidens". The figures consist of conglomerates and sandstones. In some places they are polished, sometimes they have large and small cracks in which different shrubs grow. 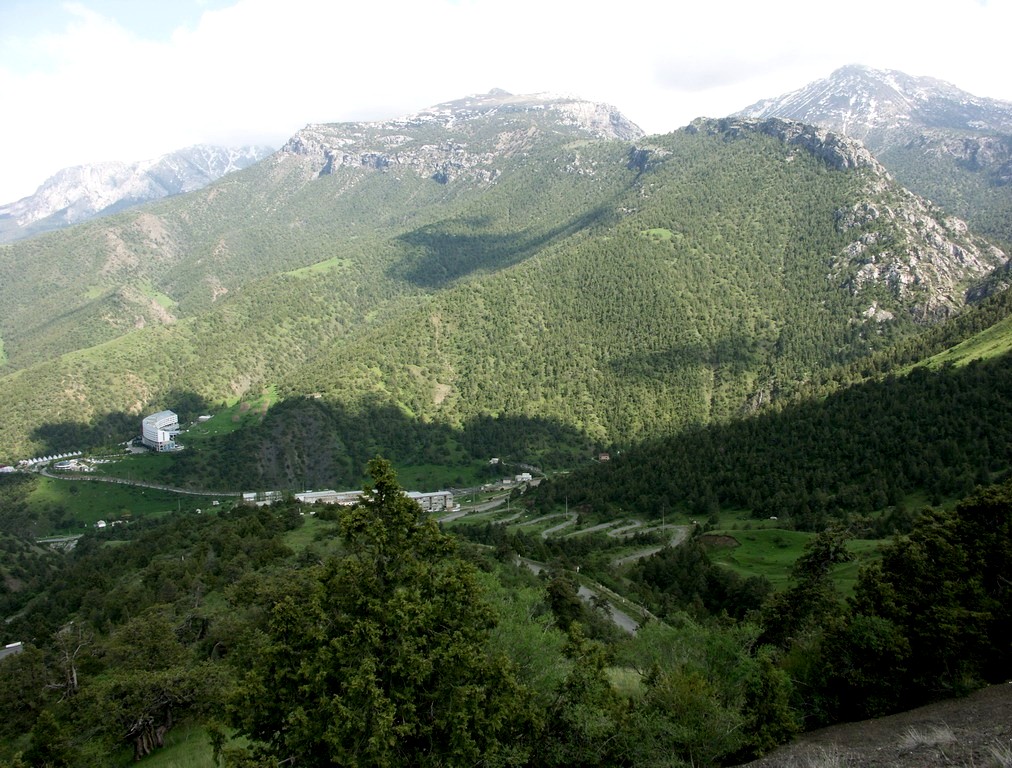 If you are an inveterate traveler, enthusiast and lover of nature, without a doubt, choose and place an order with a tour to Uzbekistan from Peopletravel Company. High service of planning the tour, wonderful mood, as well as hospitality is guaranteed to you from our Company.