The Gissar State Reserve was established in 1983 with the purpose of preserving the typical parts of natural complexes, studying natural processes, and the conservation of endangered species of flora and fauna in the given territory. The Gissar National Reserve is in the southeast of Kashkadarya region on the territory of Shakhrisabz, Yakkabag and Kamashinsk areas, on the western spurs of the Gissar Range, at altitudes from 1750 to 4,421 m above sea level. The Gissar State Reserve borders on Tajikistan, and from the southeast on Surkhandarya region.

The Gissar mountain-juniper reserve is the largest in Central Asia.

The territory of the wildlife preserve is divided into 4 sections - Gilan, Mirakin, Tankhazdarya and Kyzylsu. The main ecotypes of the Gissar National Reserve are woods of various breeds, mainly juniper and shrubs, the area of which is 22,766.8 hectares. In turn, pastures occupy 24,258.3 hectares, rivers and lakes are 107.0 hectares, swamps are 461.0 ha, glaciers are 3155.0 ha, rocks and screes are 30238.0 ha. 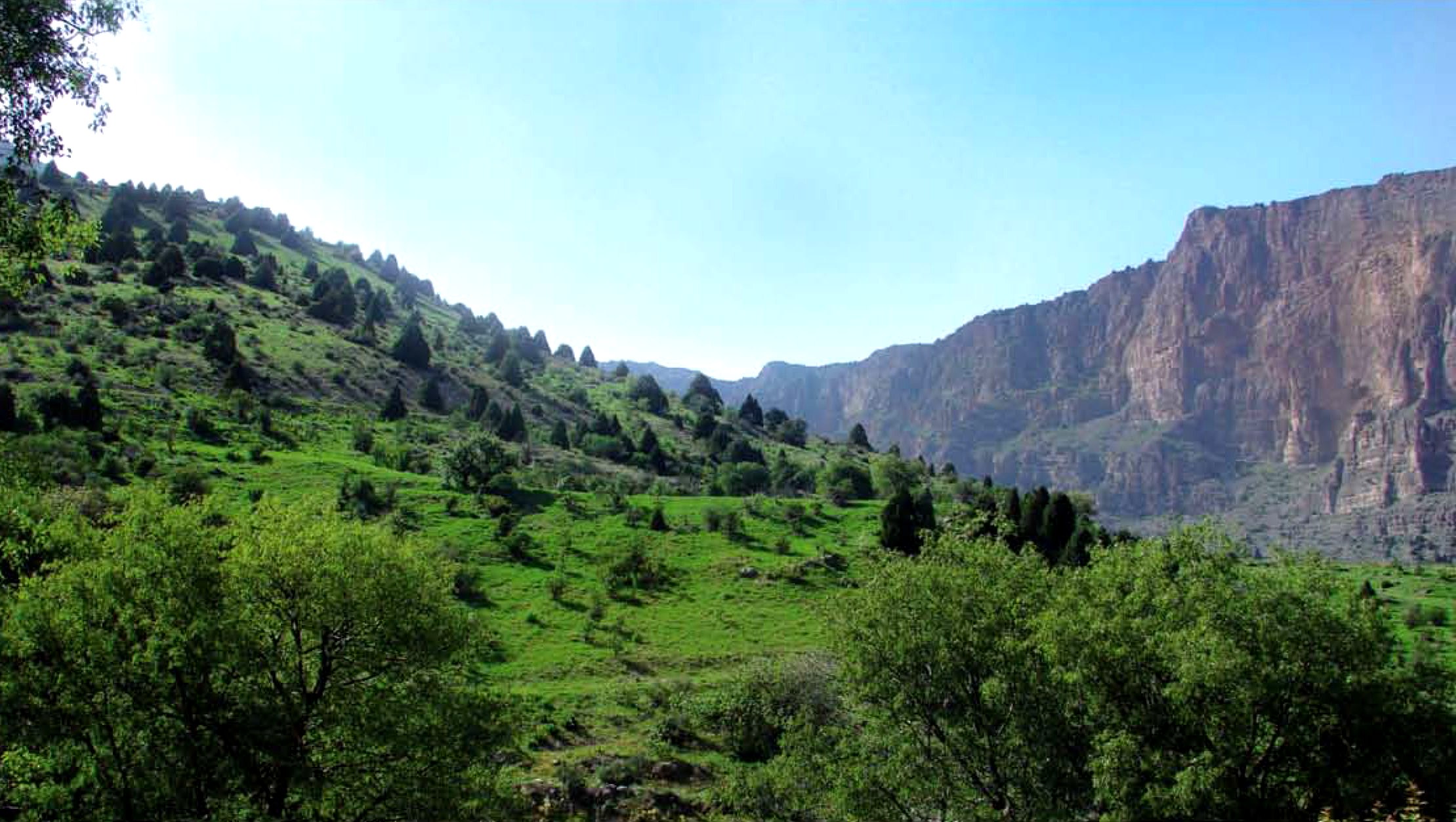 Climate in the Gissar mountain-juniper reserve

The unique location of the reserve in the central part of the vast continent at a huge distance from the oceans determines the aridity and sharp continentality of the climate, which manifests itself primarily as significant sudden diurnal changes in the weather. The distribution of precipitations during the year is uneven.

The regime of humidification of the Gissar mountains sharply differs during the cold and warm season, although the streams on the reserve territory are more than 120. Acute moisture deficiency, cloudlessness of the sky and dry air during warm seasons are peculiarities of the climate of these places.

The Gissar mountain-juniper reserve is a unique territorial-natural complex.
The juniper forests, poplars and walnut, the age of which is 1000 and more years have been preserved in the reserve.

The unique features of the national park are considerably determined by rivers and lakes located on its territory. The glaciers of Severtsov and Batyrbay located on the border between Surkhandarya region and Tajikistan give rise to many brooks and water sources of the reserve. The largest are the Oksuv, Tankhaz and Kyzyl-Darya rivers. Uniting in the territory of Shahrisabz district these three rivers form the Kashkadarya River. Rivers, feeding on the waters of snows, glaciers, underground and rainwater form many large and wee waterfalls.

The Tankhaz Darya River is one of the main rivers running through the National Park in Gissar. Its length is 104 km, the catchment area is 459 sq. km. It appears due to the confluence of 27 large and small rivers and springs
In the area of the Gissar Nation Reserve there are 10 different in sizes lakes.

Because of the multi-tiered nature of the Gissar National Reserve territory, in each sai, unique small and large waterfalls form. They create a unique beauty of alpine meadows in the bosom of bare rocks, massive stone walls and juniper plantations. One of them is the Suvtushar waterfall located in the stream of the Suvtushar on the Mirakin reserve site. Because of the snowy whiteness, the Suvtushar River is popularly called "Suttushar", which means "Dairy Waterfall". Its spilling appearance reminds a beauty with long, flowing hair flying in the wind in a stone-arch canyon, which height is 84 meters.

The Ok Kamar waterfall is located in the Tanhkhoz Darya area at an altitude of 3200 meters, on the top of the Sarituz plateau, and represents a huge waterfall that appears only in the spring months due to the melting of snow and heavy rains. The height of the waterfall is 1000 meters. The sinuous, very rapid flow of water resembles the movement of a snake on a narrowly dissected stony precipice, which enriches the nature of the sai Sarituz. The water stream reminds the creeping snake, which spurts forward the representatives of endemic vegetation with water spray.

Another significant element of the natural wealth of the reserve is the waterfall "Khukizburun" (which means the nostril of the bull.) The waterfall is located on the territory of Kyzylsu district. On a sunny day, a rainbow forms from the spray of water.

The unique animal and plant world, natural monuments of the Gissar State Reserve amaze the imagination of every person who has visited these places.
The fauna of the reserve is diverse, the faunistic composition of vertebrates, according to preliminary data, has 268 species, of which 2 species of fish are common black fish (marinka) and Amudarya trout, 19 species of amphibians and reptiles, 215 bird species, 32 mammal species.

There are 4 species of mammals - Snow leopard, Red marmot, Forest dormouse, Great horseshoe, and Black vulture are listed in the Red Book of the IUCN. Here you can meet 215 species of birds. 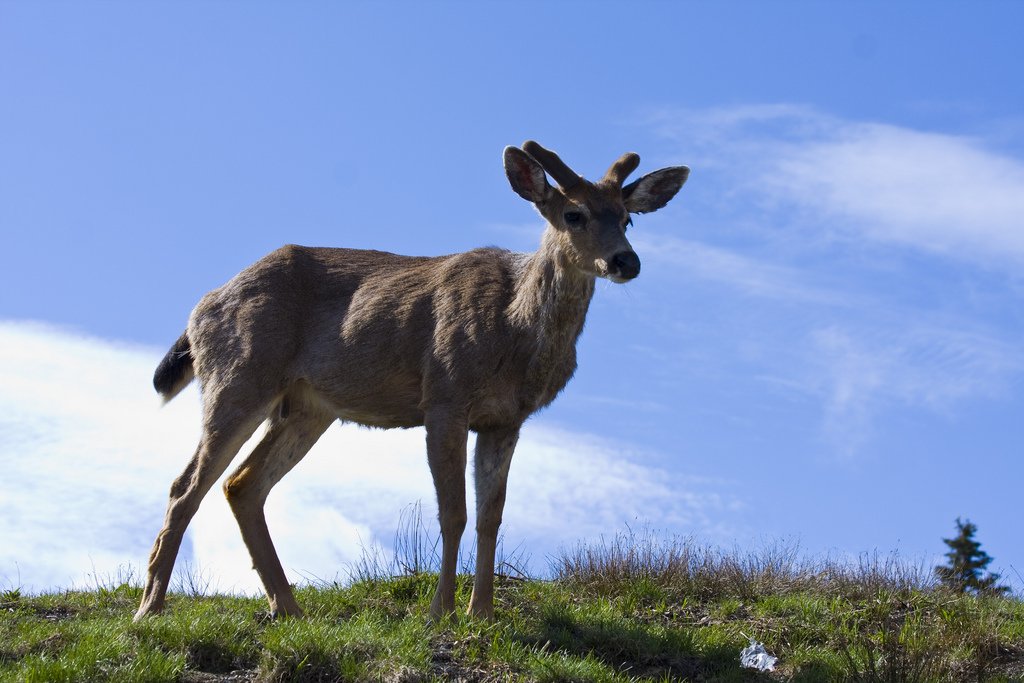 Flora of the Gissar mountain-juniper Reserve

The vegetation world of the reserve is rich and multifarious, with about 2000-2500 species. In the Gissar State Nature Reserve there are quite representative areas of the plant world of the western Pamir-Alai, where more than 80 endemic species grow and guarded. Among them are Tulip Chimgan, Astragal of Bobrov, Astragal of Kudryavtsev, Tulip of Tubergen, Olga Tulip, Alexey Onion, Fedchenko Onion, Rosenbach Onion, Narrow-leaved Onion, Juno small and Juno Magnificent.

The number of identified flora representatives to date is 250 species of medicinal and food.

Historical monuments in the Gissar reserve

The territory of the reserve is rich in historical monuments. The monument of Saint Khazrat Sultan Ota is located at the beginning of the tributary of the Oksuv River basin, at an altitude of 4226 meters above sea level.

These highest mountain ranges bear the names of the saints. These men were highly educated seers, who won respect among people inhabited the Pamir-Altai mountain system. The burial places later turned into places of pilgrimage for the Muslims.

On the territory of the Gissar State Reserve there are many Mesozoic-Cenozoic deposits with lots of karst pits, voids, niches and caves. One of the historically and geographically significant places is the cave, which bears the name of great Amir Temur. Its length is 870 meters, width is 7-10 meters, and in some places is about 100 meters. It is located in Kyzylsu district, at an altitude of 2937 meters. The cave has an underground lake of 50-60 meters in diameter and 4-5 meters deep. Here are the remains of animals and weapons belonging to the Stone Age.

According to folk legends, before the conquest of Kesh, great Amir Temur with his riders gained strength by hiding in a cave from his enemies, multiplying, picking up worthy strong horsemen in the ranks of his troops from nearby villages. Since then, after the stay of Amir Temur, this cave was called his name.

The historical and natural object of the Gissar Reserve, attracting the attention of scientists from all over the world, is a landmark of the protected area. These are footprints of the dinosaurs’ feet (in a quantity of 31 pieces) of the Jurassic period. They are imprinted on a bluish-stone summit in the Kalai-Sheron tract in Kyzylsu district. This unique object was discovered in 1975 by the researcher V.I. Ratsek. According to his definition, these marks on the stones belong to the feet of the dinosaurs, who lived 190-195 million years ago on this territory. These tracks are still very well preserved.

If you take an interest in this information, and you are eager to see the Gissar Natural Reserve, book a tour to Uzbekistan in advance, and it will be very pleased from Peopletravel Company to organize an unforgettable journey for you.