The locality of the Badai Tugai Reserve belongs to the Asian desert zone, and in the regional context - to the Aral-Caspian forest-growing district, which is part of the Turan (Turkestan) province.

The nature reserve «Badai Tugai» is in the Beruniy district of the Karakalpak Republic, close to the Amu Darya River. It occupies the site formed by the main riverbed and the Kondarya channel.

The Badai Tugai Natural Reserve was created with the aim of preserving riparian forests and fauna. Its territory represents a river floodplain with alluvial soils.

The acutely continental climate is typical here. Winter is characterized by the most severity and the lowest temperatures. The air temperature is very variable, ranging from + 44.4o to -30o. 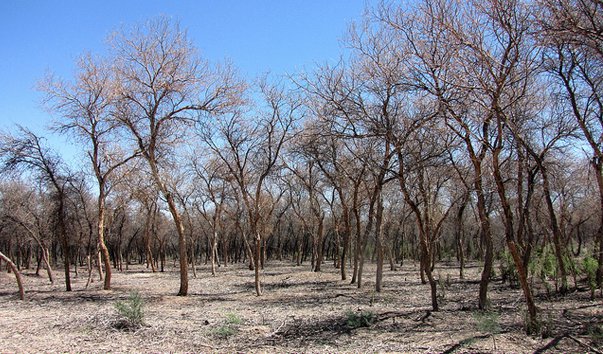 Plant and animal worlds of the Badai Tugai Nature Reserve

In the reserve there are many relic plants. Some are under threat of extinction. Here the tulip, the blossoming Erianthus and the smelly ferula grow. Half of the area of the reserve is occupied by forests, where there are turangic tugais, willows and various bushes.

The existence of water and a variety of nesting places attract abundance of birds to the Badai Tugai Reserve. Among the flying ones are the gray flycatcher, the redstart, and others. The goshawk, the East Siberian sparrow hawk, the swamp owl, the black lark, different species of thrushes; the common oak-tree come to wintering in the reserve from the northern regions. The settled birds in the reserve are common kestrel, blue dove, small turtledove, brown owl, eared owl, crested lark, Bukhara large tit, common meadowsweet and field sparrow. The Khiva pheasant represents a special value among the birds.

The fauna of riparian woodlands of the Amu Darya delta in recent years is represented by 27 species of mammals, which is 40% of their total diversity of mammals in Karakalpakstan. In the Badai Tugai Nature Reserve a jackal is common. It adheres to difficult areas. Among the shrub thickets a badger dwells, occasionally there are a reed cat and a fox. The insectivores are presented by a long-eared hedgehog and a piebald sand shrew. Among the ungulates in the reserve there is a wild boar and the Bukhara deer everywhere. Wild boars are only in riparian forests, where they eat rhizomes of reed and fruits of loch in autumn.

In the reservoirs there are the lake frog, the water snake, the arrow-snake and the patterned whip snake.

About 15 species of fish live in the waters of the Amu Darya.

Protection of the Bukhara deer in the Badai Tugai Reserve 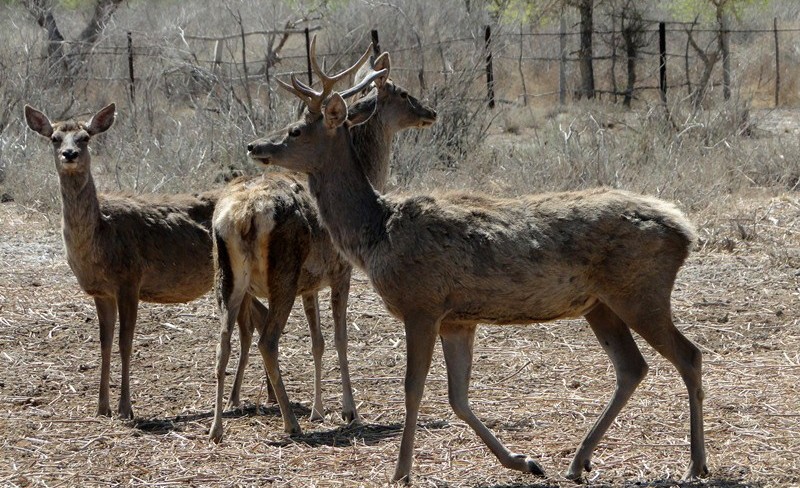 In 1975 in order of re-acclimatization two females and a male of the Bukhara deer were carried into the Badai Tugai Nature Reserve, Uzbekistan.

The significance of the Badai Tugai Reserve is great. The Bukhara deer as an animal, being in a catastrophic state and under a real threat of extinction, is included in the group of priority taxons of ungulates of the International Union for Conservation of Nature.

The Bukhara deer is the smallest and lightest of deer. Riparian forests are the natural inhabitation for it. The intensive development of agriculture, cutting down tugais along river banks, grazing, hay making and extermination of the deer for meat and horns led to the swift reduction in its range and abundance at the end of the 19th century.