Early days. History of Uzbekistan: quick review of the ages of ups and downs.

Uzbekistan history includes such great amount of ups and downs that it is hard to put them all together without missing something important. This land had seen enough, had grown a lot of eminent men, who became famous with their heroic deeds, astonishing discoveries and works that went down in history. The civilization this land cradled is very ancient and grand, full of enchanting riddles and mysteries that won’t leave anyone indifferent.

Historically the place where modern Uzbekistan situated was called Turkestan, which is best known as the precious heart of the whole Central Asia. Now the scientists and archeologists say that the area of Uzbekistan is one of the most ancient places that were inhabited by humans. People lived here since Paleolithic period (early) which was confirmed by finding primitive tools in the area of modern Samarkand. Upper Paleolithic marked by Neanderthals who left as a memory about themselves the precious godsend: burial place in Teshik-Tash cave.

Mesolithic (15-20 millen. ago) era remained after itself different rock paintings in Shibad, also first and primitive settlements in the area of Samarkand and many other very important artifacts.

Neolithic era brought the people from barbarians to higher-leveled beings. That fact was proven by finding early primitive pottery and settlements and findings near Amu Darya river, and also in Uzgun, Surkhandarya, western part of Kyzyl Kum and northern part of Kara Kum.

First steps to the first states: rise and fall. Brief history of Uzbekistan

Fisrt states of the future Uzbekistan (Khorezm and Baktria) formed during the epoch of Bronze (3rd millennium – early centuries of the first millenniums BC). This period was very symbolic for the history of Uzbekistan because it was marked by appearance and rising of Zoroastrianism – ancient first religion. Bronze is also the time of Achaemenids empire – the first powerful and great empire on the territory of Uzbekistan.

Later, when the campaigns of Alexander the Great passed, Uzbek earth became very important place, one of the main trading centers along the Great Silk Road. And this undoubtedly leads us to the higher level of cultural contact between the people of this earth and foreign traders. When the cultural contact intensified, the number of religions increased.

Dominant religion Islam settled in Uzbekistan with the arriving of Arab campaigns (7th-8th cent.). Islam quickly replaced the religion Buddhism and that fact made Uzbekistan the important part of Muslim world, one of its centers (10th cent.). But after a great up, the time of rising, came a great down brought by the Genghis Khan invasion (13th cent.). Mongols caused awful destruction, destroyed huge amount of culture monuments.

Late 14th century was the time of great and world-famous Tamerlane (Amir Timur, tribal prince). Samarkand became a capital of great vast empire created by Timur and this is why so many beautiful buildings (minarets, mausoleums, incredible palaces) were built here. All best architects of that time worked in Samarkand to make it unforgettable most beautiful and major city of the whole world. But stability of the state lowered after Tamerlane’s death, it had split into parts. Dynasty of Timurids left a great mark in history and culture of Uzbekistan. Babur influenced the literature, Ulugbek made priceless contribution in the science.

The next was Dynasty of Shaybanids who had ruled Central Asia for almost a century. But in 1599 the new Dynasty of Ashtarkhanids came and split the state into three parts: Khiva, Kokand and Bukhara Khanates. To the 19th century all of the three Khanates became very typical states with all indications of feudalism.

One of the most important events that led to the modern Uzbekistan is the invasion of Russian forces. Kokand Khanate was annexed by them, Kokand and Bukhara Khanates made into protectorates.

All the power was given to the specially elected general-governor and Turkestan became Governor-Generalship. Russian mainly needed agricultural resources of Turkestan, so the cotton growth was commissioned on a regular basis. Trans-Caspian Railway was built specially to connect Turkestan with Russia (its European part).

From the Soviet Republic to Independence. Uzbekistan history summary

In 1917 Turkestan became the Soviet republic and was included into structure of the Russian Soviet Federative Socialist Republic (RSFSR). Period of 1917-1921 became very tough time of the struggle for the national freedom. Guerilla war ended with the victory of Red Army and Soviet power. Traditional culture of Turkestan was destroyed to settle the Soviet culture and fully turn the country to the Uzbek SSR. Thirties of 20th cent. were dedicated to the full industrialization of Uzbek SSR, building the new cities and reconstructing the old ones. During the Stalin’s repressions many cultural leaders of Uzbekistan were killed. 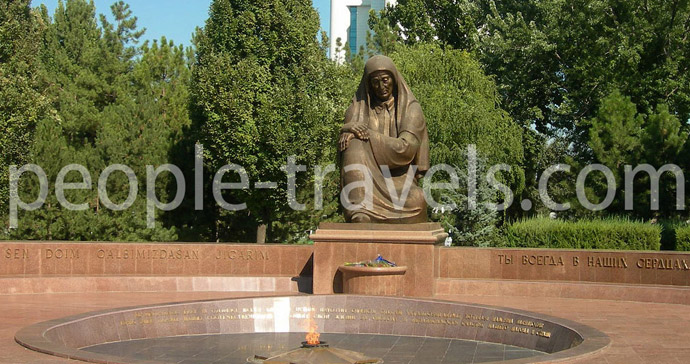 Then the World War Two began: most terribly hard and awful period for the Soviet Union and all its republics. Uzbek SSR became the last resort for refugees, place of hospitality, kindness and sunshine, City of Bread. Men of Uzbekistan gone to war, women worked for them, level of industrialization was increased once again.

1966 was sadly marked by the big earthquake that destroyed many parts of the Tashkent city; so that it was rebuilt by many architects came all over the USSR.

In 1991, after the collapse of UUSR, Uzbekistan finally gained its freedom and became independent republic. Now Uzbekistan is the country focused on building democracy and market economy.