Of late years, the Uzbekistan railways have experienced rapid flourishing, thanks to the active implementation of a number of programs to improve the infrastructure and upgrade the car fleet. High-speed electric trains that regularly run between the capital and other most important cities in the country are the most reliable, fast and convenient way to travel. 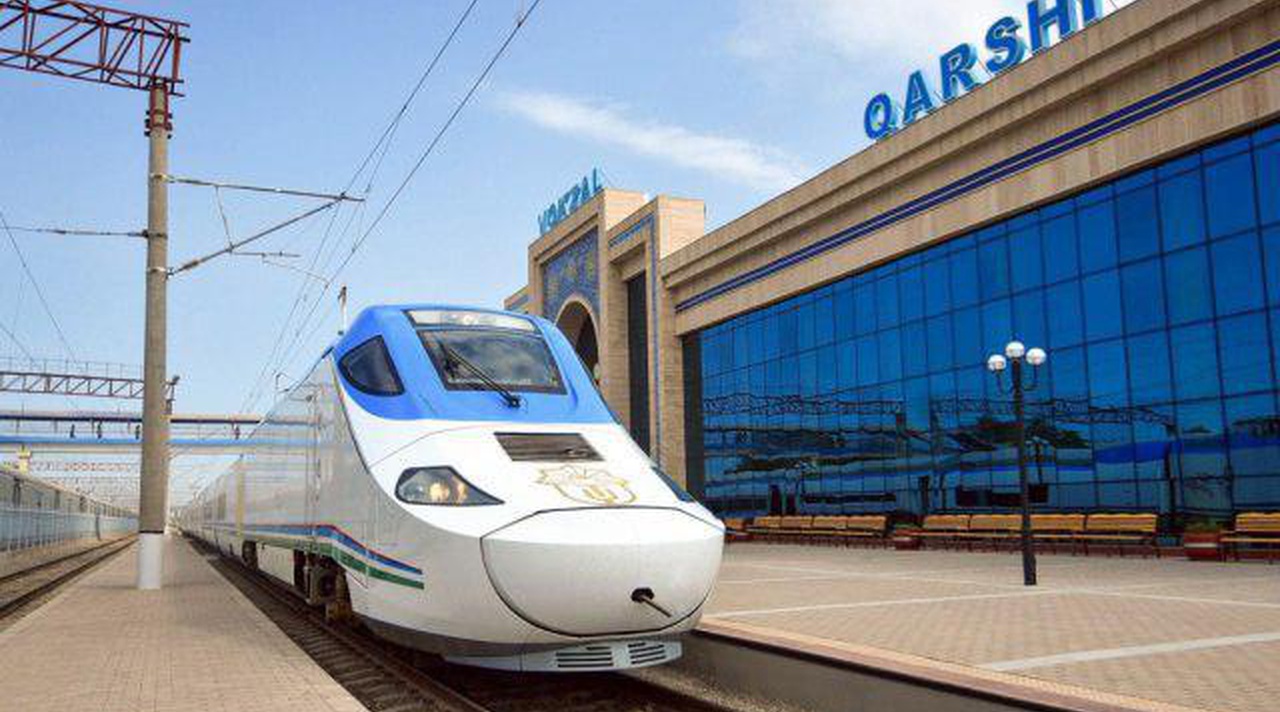 Interior equipment and technical characteristics of the Afrosiyob train

The train Afrosiyob is made by Spanish developers on innovative technologies. It can reach speed of up to 220 kilometers per hour. And the way that previously took up to 8-9 hours, now takes no more than 4. This speed is achieved by special aerodynamic forms of the train, the “head” of which resembles an airplane. At high speed, oncoming air flows around it just like an airliner.

For passengers the railway travel takes place in a comfortable environment. There are comfortable seats with reclining back, individual lighting, video monitors. The floor is covered with carpet, which creates a home comfort. In the coaches air conditioning is installed to maintain the constant comfortable temperature. The windows in the Afrosiyob train are furnished with sun shades. And special laminated glass provides excellent sound insulation.

People with disabilities can buy tickets for the Afrosiyob train and go on a trip. For their convenience, there is a specialized carriage with fixtures for fixing wheelchairs, with an equipped bathroom. They can also benefit from the help of trained guides.

On the way, you can dine or just have a snack in the bistro car. Here riders can enjoy Oriental and European dishes, as well as different drinks. Each carriage is equipped with an electronic scoreboard with information about the air temperature inside and outside the coach, about the speed and the place of the following car at the moment, as well as about the current time.

The Afrosiyob train schedule is designed taking into account maximum convenience for passengers. So, it runs daily on each of its routes. In the morning and in the evening you can choose the best haul for your planned activities. The cost of travel depends not only on the distance, but mainly on the ease of the purchased place. Passengers can set out on VIP-places (22 places), in business-class cars (52 places), or economy class (144 places). 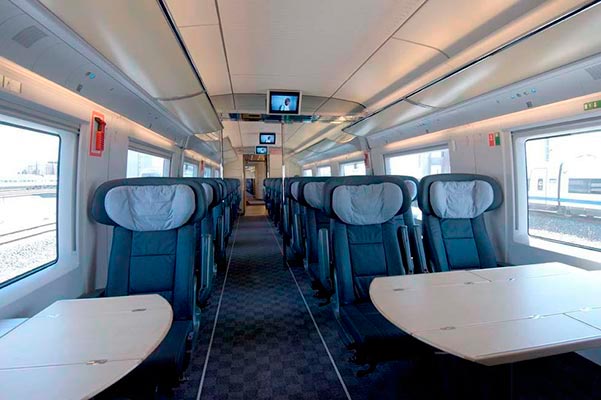 High speed, safety and onboard service

The engine drivers and maintenance staff were trained at the plant of Talgo and RENFE (Spain) companies. The Afrosiyob express train meets all the requirements of safety standards.

Talgo unique technologies are not only a comprehensive response to the actual needs of the operator of the Uzbek railway network, but also proof of the feasibility of innovative programs for organizing high-speed traffic with minimal expenditures of money and effort. The Afrosiyob electric trains guarantee maximum speed on the most difficult sections of the road, including curves. 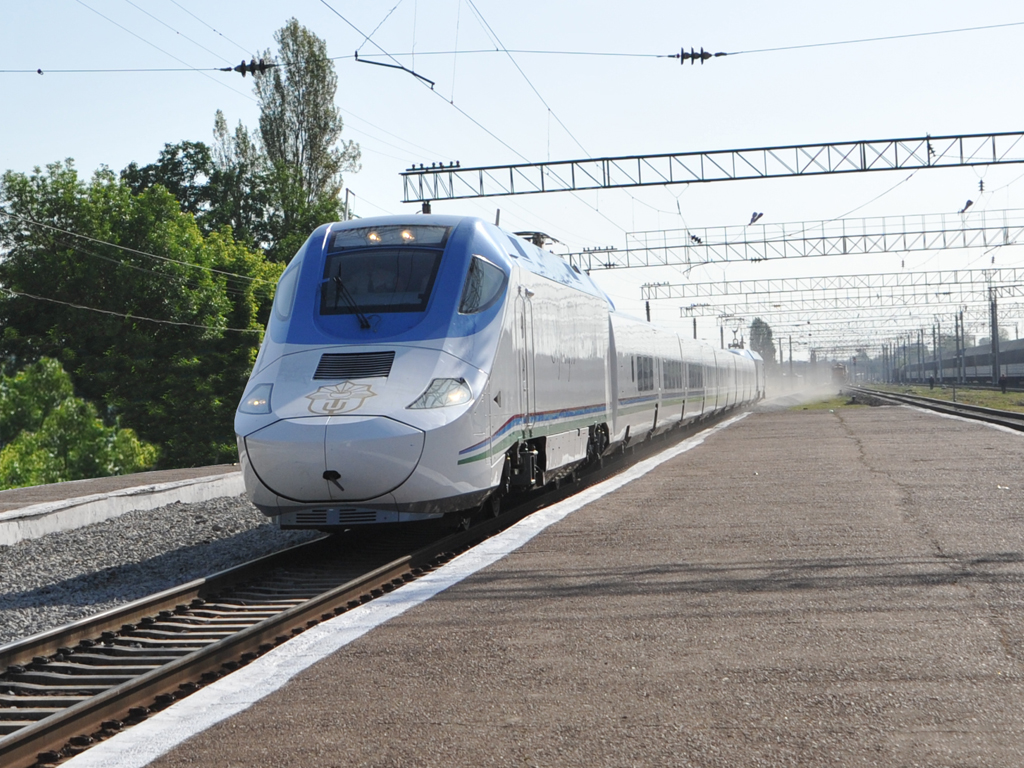 In May 2009, during the visit of the first head of Uzbekistan Islam Karimov to Spain, an agreement on the implementation of a project to organize the movement of high-speed electric trains in Uzbekistan was reached. In November 2009, an agreement between the joint-stock company “Uzbekistan Railways” and “Patentes Talgo S.L.” for the purchase of high-speed electric trains Talgo 250 was signed. In October 8, 2011, the first Afrosiyob train began operating hauls. In September 5, 2015, Afrosiyob was extended to Karshi, and from September 15, 2016 - to Bukhara. In the near future, it is planned to operate the train at the new section of the Bukhara-Khiva railway.

You can in turn book tickets for the Afrosiyob high-speed train in any direction. To do this, just write or call us.